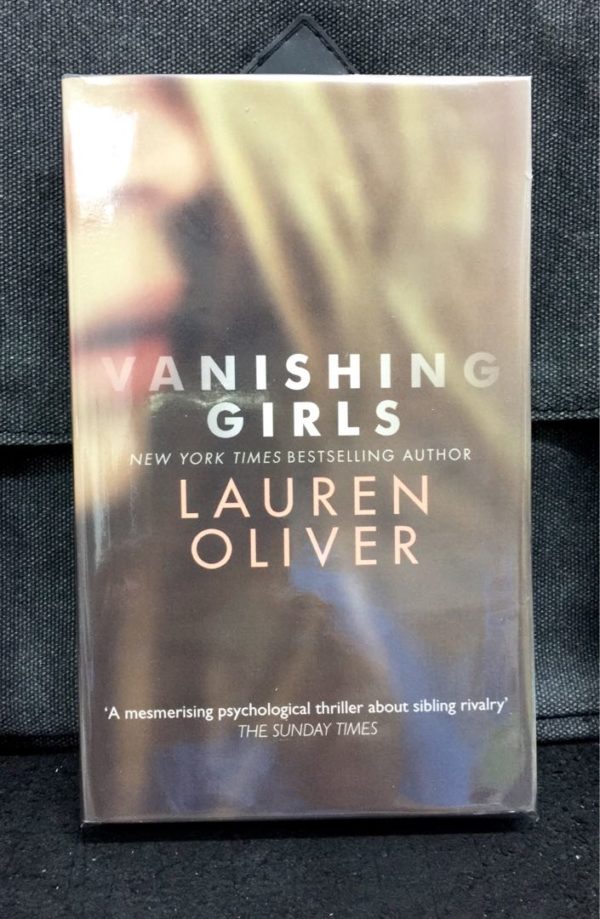 An Economist Gets Lunch : New Rules for Everyday Foodies

Get the Truth : Former CIA Officers Teach You How to Persuade Anyone to Tell All
Lauren Oliver
Brand-new, Paperback

This New York Times Bestselling Author novel in paperback edition is a bran-new book and nicely wrapped with protective book-wrapper. The original new book is sold at usual price RM39.90. Now here Only at RM12.

New York Times bestselling author Lauren Oliver delivers a gripping story perfect for fans of We Were Liars and I Was Here, about two sisters inexorably altered by a terrible accident.

Dara and Nick used to be inseparable, but that was before the accident that left Dara’s beautiful face scarred and the two sisters totally estranged.

When Dara vanishes on her birthday, Nick thinks Dara is just playing around.

But another girl, nine-year-old Madeline Snow, has vanished, too, and Nick becomes increasingly convinced that the two disappearances are linked. Now Nick has to find her sister, before it’s too late.

In this edgy and compelling novel, Lauren Oliver creates a world of intrigue, loss, and suspicion as two sisters search to find themselves, and each other.

About the Author
Lauren Oliver is the cofounder of media and content development company Glasstown Entertainment, where she serves as the President of Production.

She is also the New York Times bestselling author of the YA novels Replica, Vanishing Girls, Panic, and the Delirium trilogy: Delirium, Pandemonium, and Requiem, which have been translated into more than thirty languages. The film rights to both Replica and Lauren’s bestselling first novel, Before I Fall, were acquired by Awesomeness Films. Before I Fall was adapted into a major motion picture starring Zoey Deutch. It debuted at the Sundance Film Festival in 2017, garnering a wide release from Open Road Films that year.

Oliver is a 2012 E. B. White Read-Aloud Award nominee for her middle-grade novel Liesl & Po, as well as author of the middle-grade fantasy novel The Spindlers and The Curiosity House series, co-written with H.C. Chester. She has written one novel for adults, Rooms.

Oliver co-founded Glasstown Entertainment with poet and author Lexa Hillyer. Since 2010, the company has developed and sold more than fifty-five novels for adults, young adults, and middle-grade readers. Some of its recent titles include the New York Times bestseller Everless, by Sara Holland; the critically acclaimed Bonfire, authored by the actress Krysten Ritter; and The Hunger by Alma Katsu, which received multiple starred reviews and was praised by Stephen King as “disturbing, hard to put down” and “not recommended…after dark.”

Oliver is a narrative consultant for Illumination Entertainment and is writing features and TV shows for a number of production companies and studios.

Oliver received an academic scholarship to the University of Chicago, where she was elected Phi Beta Kappa. She received a Master of Fine Arts in Creative Writing from New York University.

Be the first to review “Vanishing Girls” Cancel reply