Shop - The Viral Storm : The Dawn Of A New Pademic Age 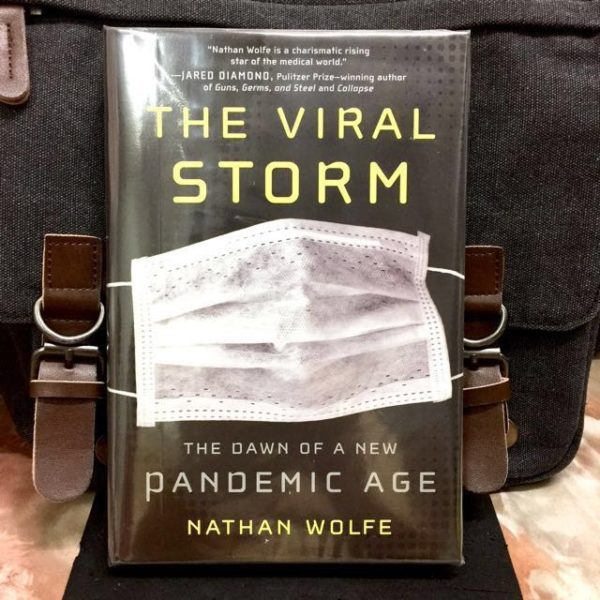 The Viral Storm : The Dawn Of A New Pademic Age

CRISIS TALES: Five Rules For Coping With Crises in Business, Politics, And Life

“One of the world’s foremost virus hunters.”
–Financial Times

This International and Financial Times bestseller in hardcover edition is a bran-new book and nicely wrapped with protective book-wrapper. The original new book is sold at usual price RM101.36 (Hardcover). Now here Only at RM25.

Dynamic young Stanford biologist Nathan Wolfe reveals the surprising origins of the world’s most deadly viruses, and how we can overcome catastrophic pandemics.

In The Viral Storm, award-winning biologist Nathan Wolfe tells the story of how viruses and human beings have evolved side by side through history; how deadly viruses like HIV, swine flu, and bird flu almost wiped us out in the past; and why modern life has made our species vulnerable to the threat of a global pandemic.

Wolfe’s research missions to the jungles of Africa and the rain forests of Borneo have earned him the nickname “the Indiana Jones of virus hunters,” and here Wolfe takes readers along on his groundbreaking and often dangerous research trips—to reveal the surprising origins of the most deadly diseases and to explain the role that viruses have played in human evolution.

In a world where each new outbreak seems worse than the one before, Wolfe points the way forward, as new technologies are brought to bear in the most remote areas of the world to neutralize these viruses and even harness their power for the good of humanity.

His provocative vision of the future will change the way we think about viruses, and perhaps remove a potential threat to humanity’s survival.

According to many readers feedbacks, Nathan Wolfe’s The Viral Storm should be required reading for everyone talking or worrying hysterically about the current Ebola outbreak.

An internationally recognized expert in the fields of viral forecasting, immunology, infectious diseases and human biology, Dr. Wolfe’s book reads like a primer rather than a text book. His language is approachable for all readers.

His explanations of how viruses function, react to one another, mutate, and harness the will of their hosts are easily understandable without being overly simplistic

He breaks down how viruses, both good and evil, developed alongside humans. He tracks the history of viruses that are benign. We need them in our bodies to process food and protect us from the evil viruses.

His discussions on how deadly viruses move from animal hosts to human hosts are the stuff of thrillers. Some, he points out, infect an individual and kill it, thereby stopping the transmission.

More importantly, this book works as an educational work that takes the hysteria out of pandemics by talking calmly about what these viruses are, how they are transmitted and how they can be forecast at the beginning of an outbreak before it becomes an epidemic or, worse, a pandemic.

Anyone interested in learning about illnesses are recommended to read this book. You will be better informed. Dr. Wolfe’s journey is mankind’s.

About the Author
Nathan Wolfe is the Lorry I. Lokey Visiting Professor in Human Biology at Stanford University and Director of Global Viral Forecasting, a pandemic early warning system which monitors the spillover of novel infectious agents from animals into humans. Wolfe has been published in or profiled by Nature, Science, The New York Times, The New Yorker, The Economist, Wired, Discover, Scientific American, NPR, Popular Science, Seed, and Forbes. Wolfe was the recipient of a Fulbright fellowship in 1997 and was awarded the National Institutes of Health (NIH) International Research Scientist Development Award in 1999 and the prestigious NIH Director’s Pioneer Award in 2005.

Be the first to review “The Viral Storm : The Dawn Of A New Pademic Age” Cancel reply