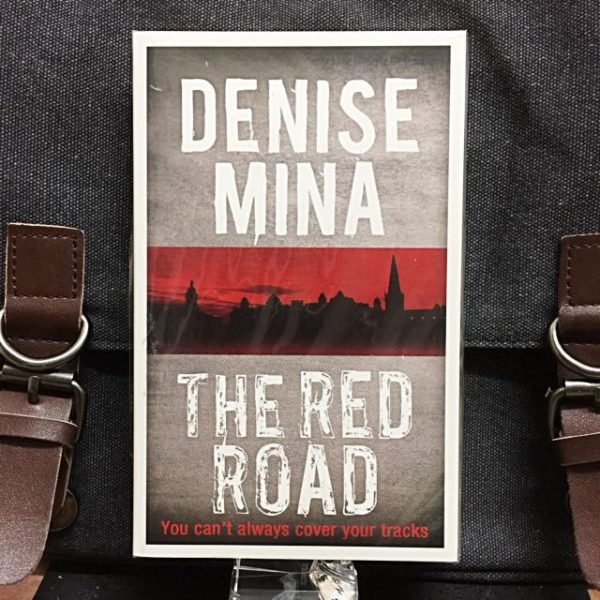 Plan D : Imagine A World In Which The Berlin Wall Had Never Fallen.

This crime-mystery bestseller in paperback is a bran-new book and the original new book is sold at usual price RM47.82. Now here Only at RM10.

Alex Morrow faces her toughest opponents yet in this brilliant new thriller about criminals, consequences, and convictions.

From the two-time THEAKSTONS OLD PECULIER CRIME NOVEL OF THE YEAR AWARD-winning author.

A girl who has seen more darkness than most.

A Scottish lawyer waiting to be killed.

A fingerprint discovered at a murder scene, from a man who couldn’t possibly have been there.

As DI Alex Morrow investigates the death of a young businessman, she uncovers a vicious network of power and corruption that reaches back to Glasgow on the night Princess Diana died. And to a fourteen-year-old girl sat in a car with a dead body, the murder weapon still in her hand.

Alex Morrow faces her toughest opponents yet in this brilliant new thriller about criminals, consequences, and convictions.

Police detective Alex Morrow has met plenty of unsavory characters in her line of work, but arms dealer Michael Brown ranks among the most brutal and damaged of the criminals she’s known. Morrow is serving as a witness in Brown’s trial, where the case hinges on his fingerprints found on the guns he sells.

When the investigation leads to a privileged Scottish lawyer who’s expecting to be assassinated after a money laundering scheme goes bad, and a woman who’s spying on the people who put her in jail, Morrow has her hands full. And that’s before she even gets to her family issues.

This Scottish mystery begins in 1997, on the night Princess Diana died. Fourteen-year-old Rose Wilson is out with her pimp Sammy who regularly rents her out to groups of older men. On that fateful night, however, Rose kills two people and promptly surrenders to the police. Her appointed lawyer, Julius Macmillan, sees potential in Rose and makes arrangements to insure that she gets a light prison sentence and a job when she gets out.

Skip to the present and Detective Inspector Alex Morrow is questioning Michael Brown, an ex-con who has been arrested for having illegal weapons. Brown is a hardened criminal who was previously imprisoned for murdering his brother.

Meanwhile, Julius Macmillan has just died and his son Robert has disappeared after giving the authorities evidence of his father’s illegal activities. Also dead is a Pakistani man, Aziz, known for his charitable work. And big surprise, Michael Brown – who was in jail at the time of death – seems to have left his fingerprints at the Aziz murder scene.

Clearly something isn’t kosher in Glasgow. The complex plot alternately focuses on Rose Wilson, Robert Macmillan, and Alex Morrow – so we see what’s going on with each of them in mind and body. The reader needs to pay close attention to hold on to all the story threads but it’s worth the effort.

Crime fiction is entertainment, and Denise Mina is always entertaining. But the best crime writers are never only entertainers, because, as Nicholas Freeling wrote, “crime is a phenomenon of significance as much metaphysical as material. Inherent is a destruction of mind more frequent than that of body”. Even murder, he thought, may be “trivial by comparison with the crimes against the spirit, which may strike in childhood and leave a long trail through years of suffering and ruin.”

It is that trail which Mina leads us along, and those crimes against the spirit which she brings to our notice.

About the Author
Denise Mina is the author of Gods and Beasts, The End of the Wasp Season, Still Midnight, Slip of the Knife, The Dead Hour, Field of Blood, Deception, and the Garnethill trilogy, the first installment of which won her the John Creasey Memorial Prize for best first crime novel. She also writes for the popular graphic novel series Hellblazer. Mina lives in Glasgow.

Be the first to review “The Red Road” Cancel reply