Shop - The Law Of Extraordinary Effort : How To Get The Life You Dream Of 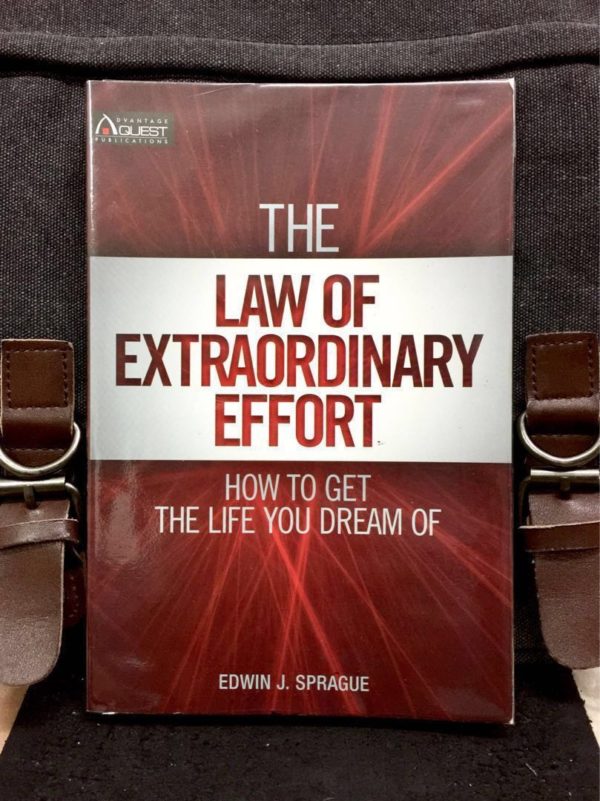 The Law Of Extraordinary Effort : How To Get The Life You Dream Of

Find Your Happily Ever After : Love and Relationship Advice from a Professional Psychic

This International bestseller in paperback edition is preloved book in great condition and nicely wrapped with protective book-wrapper. The original new book is sold at usual price RM34.90.

How’s that childhood dream working out?

Most of us learn to discard our “outlandish” childhood dreams as we mature. It’s part of growing up, right?

No, you can still sell millions of your invention, be a company president, become an author, or sign an NFL contract–anything, anytime, regardless of your experience or education.

NO dream is ever too outlandish, according to author Edwin J. Sprague who became the president of a company just five years after he joined it.

This book shows how readers can achieve seemingly impossible goals by introducing what he calls the “Law of Extraordinary Effort” or the “Z Factor”.

Hard work, commitment and a thick skin are some of the key elements in this Z Factor that can help turn dreams into reality.

Sprague also explains why too much learning can kill dreams and how “tactical ignorance” can preserve them.

Unlike the Law of Attraction, The Z Factor is anything but elusive or indescribable. “Z” is the extraordinary effort ordinary people can generate to turn dreams into reality.

Is it time to finally be what you dreamt you’d be when you grew up? If so, it’s time to harness the absolute power of Z. No affirmations here–just humorous, motivating, and gritty stories about:
● Why too much learning can kill your dreams, and how Tactical Ignorance keeps them alive.

● Raising your ZQ (ballsy [ball-zee] quotient) and introducing your ideas to life’s realities.

● Landing a whale (QVC), Feeding the Tuna Mayo, N.Y. Jets Meat, Professor Backwards, It Ain’t Easy Being Seven at My Age… and much more!

About the Author
Committed to living all of his dreams, Edwin J. Sprague once accepted a $20,000 trial job offer and, in less than five years, became the corporation’s president, managing high-profile, celebrity-endorsed product distribution for direct merchandising titans QVC and American Telecast Corporation. Taking one of those little ideas we all get but don’t know what to do with, he became an award-winning inventor, selling nearly 2 million units around the globe. He also signed an NFL free-agent player’s contract with the New York Jets and fulfilled his dream to become a published author. Married with two sons, he resides in the suburbs of Philadelphia. For more information, go to Getballzee.com.

Be the first to review “The Law Of Extraordinary Effort : How To Get The Life You Dream Of” Cancel reply