Shop - The Huawei Way: Lessons from an International Tech Giant on Driving Growth by Focusing on Never-Endi 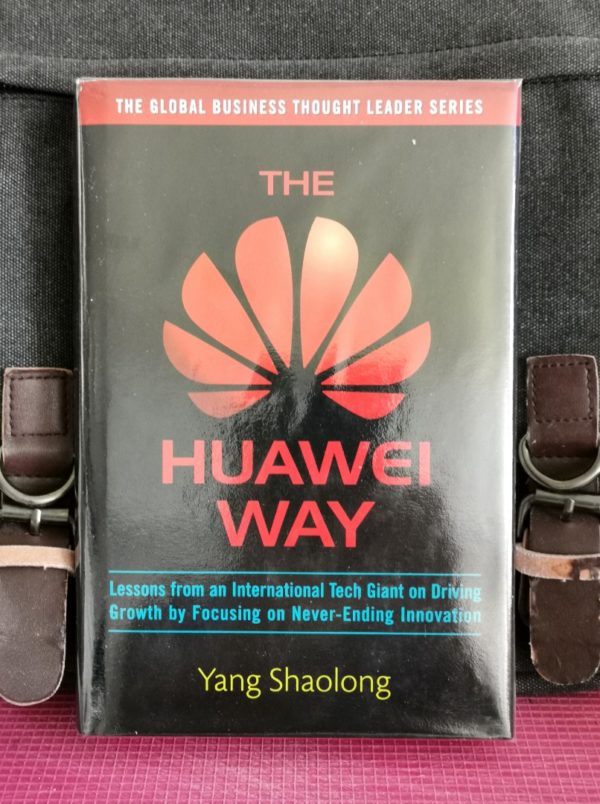 The Huawei Way: Lessons from an International Tech Giant on Driving Growth by Focusing on Never-Endi

Jose Mourinho: Up Close and Personal

Secrets to success from the fastest growing telecom company in the world !

In an age when the old telecom giants are still struggling with the recession, there is one company in the industry that continues growing at breakneck speed.

The Chinese-based Huawei Technologies provides networking and telecommunications services in over 150 countries for two billion people and counting. It’s secret to success?

A global focus on R&D and a relentless appetite for technological innovation.

BusinessWeek once listed Chinese tech firm Huawei as one of the ten most influential companies on the planet, and Time placed its founder Ren Zhengfei in the top 100 most influential men in the world.

Once considered an insignificant upstart bound for failure like so many other early tech companies, Huawei is now a $62 billion company employing 190,000 people worldwide.

Huawei’s upward trajectory is the classic story of a company that beat all the odds. Founded in 1987 with 20,000 RMB, Huawei took on all the IT powerhouses during times of major market upheaval and has come out on top―all due to the clarity of vision, powerful sense of purpose, and sheer work ethic of its founder.

The Huawei Way provides practical lessons on how Ren Zhengfei led his company to a level of success no one in the world predicted.

As telecom’s old greats like Motorola, Nokia, and Siemens continue to struggle from the effects of recession, Huawei continues to grow because it never stops innovating.

Its success is self-driven because the company, reflecting is its founder, maintains a relentless dedication R&D; while other companies, fueled by fear, are scaling down R&D to save money, Huawei is ramping it up. And it’s paying off big time.

Both entertaining and instructive, The Huawei Way traces the rise of one of today’s greatest tech companies to provide valuable business and management lessons anyone can apply to any company, in any industry.

In The Huawei Way, former Huawei employee Yang Shaolong provides insight into the business practices that led Huawei to become number one in the global telecom industry in 2013, with its revenue reaching 62 billion USD in 2015.

Yang’s keen observations on the company’s methods, philosophy, operations, and 27-year history give you a front-row seat to understanding why The Economist considers Huawei a catastrophe for European and American companies and the Times claims it is the most dangerous player in the telecom industry today.

As a true Innovator,, Huawei is not only a company to be reckoned with, but also one to emulate.

This book is about Huawei and CEO – Ren Zhengfei, low key entrepreneur operating on a global scale to create a world class organisation using Innovation and learning using core technologies of the information industry.

This is a classic case of how within two decades, Huawei was able to innovate new technologies using sustained study of global organisations and constantly innovating with respect to both management and technologies.

Huawei has conquered the multinationals through leadership, work culture and innovation as its core resulting as “patent champion” with huge number of international patents. This has become a model of new style of enterprise to lead global change.

The book is divided into 3 parts –
◆ Founding the company,
◆ Change and
◆Going international.
Each chapter has a lessons on personal involvement of Ren in leading the change and captured failures that have overcome.

In nutshell, founding the company takes through the hard times and frugality with examples of entrepreneur skills.

Founding the Company: This highlights the tough time due to poverty began the frugal and selfless attitude. This leads to willingness to disperse wealth to others, his courage in delegating authority and selfless nature.

One can notice that life’s setbacks often count as blessings rather than as curse. The more prosperous you are, the more you can advance science and technology.

The more advanced your science and technology, the more you can focus on education and produce generation of talent and the more talent you produce the more your economy prospers.

Huawei is in news for known or unknown reasons worldwide. The advanced technology developed and patents of Huawei will be a threat to few telecom companies.

After reading the book, I think Huawei has better strategy with world class products with advanced technology which is frugal and cost competitive.

A great book to read – the author has even captured few failures, worth reading.

About the Author
Yang Shaolong worked at Huawei during the first eight years after it was founded by Ren Zhengfei in 1987. Originally a manufacturer of phone switches, Huawei has expanded into telecom networking, consumer devices, and operations consulting.

Over the last 18 years, Yang has continued observing, researching, and compiling information and material on Huawei’s business methods, R&D best practices, and history.

Be the first to review “The Huawei Way: Lessons from an International Tech Giant on Driving Growth by Focusing on Never-Endi” Cancel reply