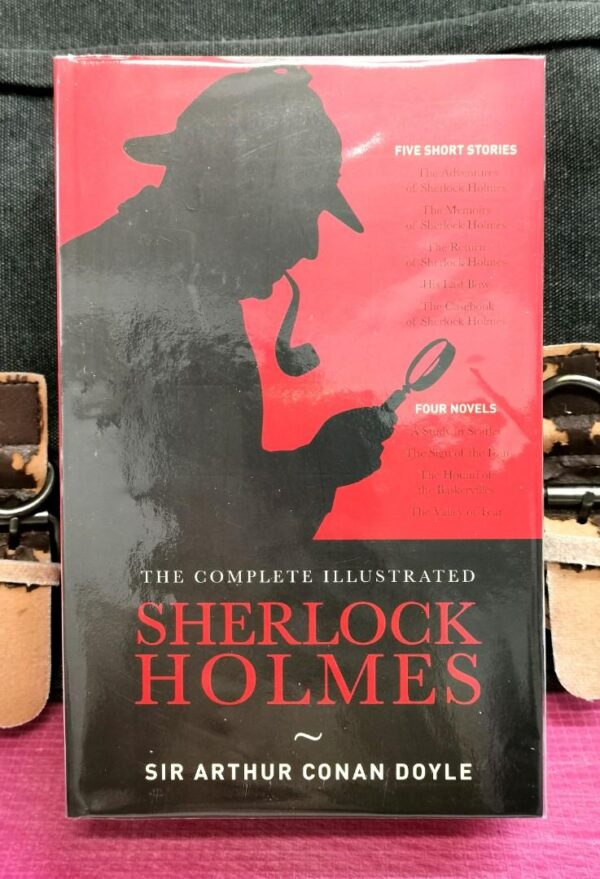 ENTREPRENEUR 5 P.M TO 9 A.M : Launching A Profitable Startup Without Quitting Your Job

With a linked table of contents, you can click on each and every chapter, making for easy navigation through this mammoth omnibus.

A brilliant London-based detective, Holmes is famous for his intellectual prowess, and is renowned for his skillful use of deductive reasoning and astute observation to solve difficult cases.

He is arguably the most famous fictional detective ever created, and is one of the best known and most universally recognizable literary characters in any genre.

Four Novels :
① A Study In Scarlet
② The Sign of The Four
③ The Hound of The Baskervilles
④ The Valley of Fear

At over a thousand pages, the weighty tome is a perfect gift for budding amateur sleuths, and it is an ideal companion for a long stay on a desert island (or a leisurely trip through the English countryside).

As the reader wades past the tense introductions of A Study in Scarlet and moves towards such classic tales as The Hound of the Baskervilles, “The Adventure of the Speckled Band,” and “The Final Problem,” she is sure to draw her own conclusions about Holmes’s veiled past and his quirky relationship with his “Boswell,” Watson.

Doyle never revealed much about Holmes’s early life, but the joy of reading the complete Holmes is assembling the trivia of each story into something like a portrait of the detective and his creator.

By the end of the long journey through London and across Europe (with a long stopover at Reichenbach Falls), one is apt to have found a friend for life.
﹉﹉﹉﹉﹉﹉﹉﹉﹉﹉﹉﹉﹉﹉﹉﹉﹉
ABOUT THE AUTHOR:

Arthur Conan Doyle was born the third of ten siblings on 22 May 1859 in Edinburgh, Scotland. His father, Charles Altamont Doyle, was born in England of Irish descent, and his mother, born Mary Foley, was Irish. They were married in 1855.

At the age of nine Conan Doyle was sent to the Roman Catholic Jesuit preparatory school, Hodder Place, Stonyhurst. He then went on to Stonyhurst College, leaving in 1875.

From 1876 to 1881 he studied medicine at the University of Edinburgh. This required that he provide periodic medical assistance in the towns of Aston (now a district of Birmingham) and Sheffield. While studying, Conan Doyle began writing short stories. His first published story appeared in ‘Chambers’s Edinburgh Journal’ before he was 20. Following his graduation, he was employed as a ship’s doctor on the SS Mayumba during a voyage to the West African coast. He completed his doctorate on the subject of tabes dorsalis in 1885.

In 1885, Conan Doyle married Louisa Hawkins, known as ‘Touie’. She suffered from tuberculosis and died on 4 July 1906. The following year he married Jean Elizabeth Leckie, whom he had first met and fallen in love with in 1897. Due to his sense of loyalty he had maintained a purely platonic relationship with Jean while his first wife was alive. Jean died in London on 27 June 1940.

Conan Doyle was found clutching his chest in the hall of Windlesham, his house in Crowborough, East Sussex, on 7 July 1930. He had died of a heart attack at age 71. His last words were directed toward his wife: “You are wonderful.”