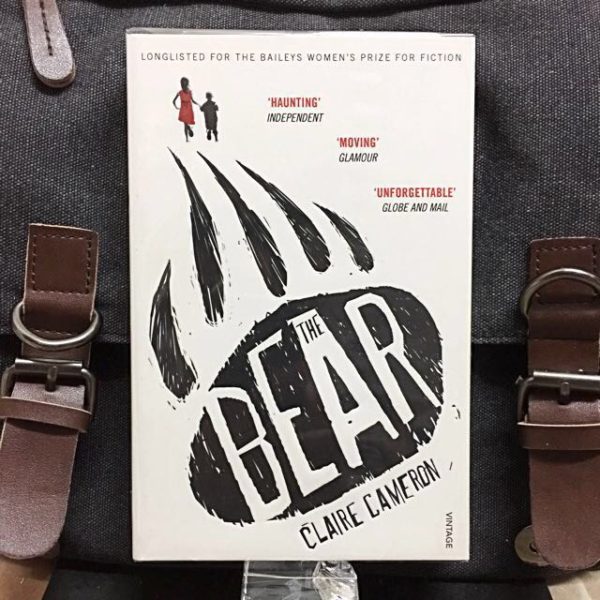 A BULL IN CHINA : Investing Profitably in the World’s Greatest Market

This suspense bestseller in paperback is a bran-new book and the original new book is sold at usual price RM47.82. Now here Only at RM10.

A powerful suspense story narrated by a young girl who must fend for herself and her little brother after a brutal bear attack.

Anna is five. Her little brother, Stick, is almost three. They are camping with their parents in Algonquin Park, in three thousand square miles of wilderness. It’s the perfect family trip. But then Anna awakes in the night to the sound of something moving in the shadows. Her father is terrified. Her mother is screaming.

While camping with her family on a remote island, five-year-old Anna awakes in the night to the sound of her mother screaming. A rogue black bear, three hundred pounds of fury, is attacking the family’s campsite — and pouncing on her parents as prey.

At her dying mother’s faint urging, Anna manages to get her brother into the family’s canoe and paddle away. But when the canoe runs aground on the edge of the woods, the sister and brother must battle hunger, the elements, and a wilderness alive with danger. Lost and completely alone, they find that their only hope resides in Anna’s heartbreaking love for her family, and her struggle to be brave when nothing in her world seems safe anymore.

This is a story with a small narrator and a big heart. Cameron gracefully plumbs Anna’s young perspective on family, responsibility, and hope, charting both a tragically premature loss of innocence and a startling evolution as Anna reasons through the impossible situations that confront her.

Lean and confident, and told in the innocent and honest voice of a five-year-old, THE BEAR is a transporting tale of loss — but also a poignant and surprisingly funny adventure about love and the raw instincts that enable us to survive.

This is longlisted for the Baileys Women’s Prize for Fiction (formerly the Orange). Anna is five. Her little brother, Stick, is almost three. They are camping with their parents in Algonquin Park, in three thousand square miles of wilderness. It’s the perfect family trip. But then Anna awakes in the night to the sound of something moving in the shadows. Her father is terrified. Her mother is screaming.

Then, silence. Alone in the woods, it is Anna who has to look after Stick, battling hunger and the elements to stay alive. Narrated by Anna, this is white-knuckle storytelling that captures the fear, wonder and bewilderment of our worst nightmares – and the power of one girl’s enduring love for her family.

When a young couple in Canada’s Algonquin Park gets mauled and partially eaten by a black bear in 1991, it’s a tragedy. When Cameron, who once worked at the park, researches and decides to write about this true story but adds the kids, it’s a novel.

In The Bear, the protagonist is a five-year-old girl, Anna, who must, after her parents are attacked, save herself and the life of her two-year-old brother, Stick, by canoeing to the mainland and surviving days in the wilderness—a harrowing time she shares with the reader in a sort of youngster stream of consciousness: If I threw a ball into the water he would not jump off a dock just wag wag wag.

There’s touchingly voiced courageousness here and, with her sibling, talk of poo as well as the occasional, implausible preschooler sentiment: I need a fire inside my bones. From the conception to the execution, the book is an exploration of anguish from a child’s point of view, shaded and shaped by Cameron

Be the first to review “The Bear” Cancel reply