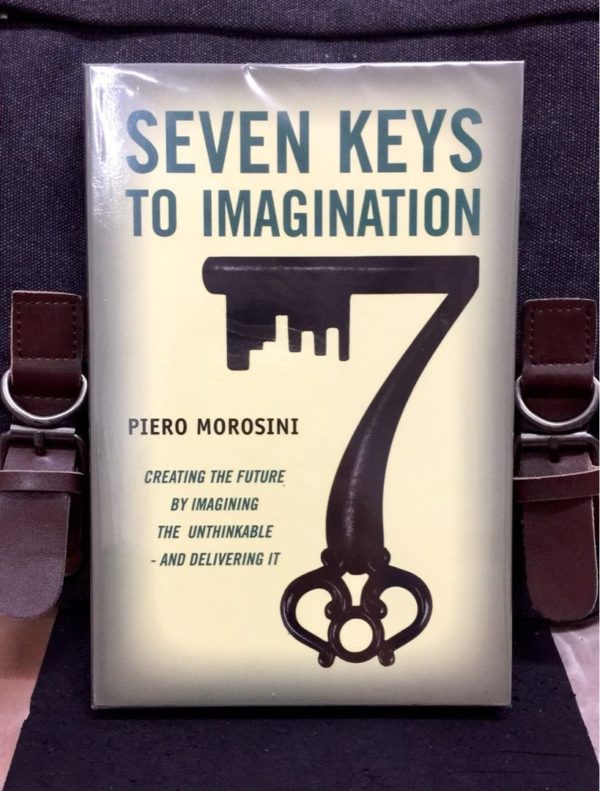 Innovation : How Innovators Think, Act And Change Our World

Without Their Permission : How the 21st Century Will Be Made, Not Managed
Piero Morosini
Brand-new, Paperback

This International bestseller in paperback edition is a bran-new book and nicely wrapped with protective book-wrapper. The original new book is sold at usual price RM109.16. Now here Only at RM24.

This book is about unleashing a power within you to create a better future. That power is your own imagination, which can be used to conceive entirely new and positive futures for yourself and others around you.

In this fascinating and powerful book, Piero takes you on a journey and explores the power of imagination as taught and practiced by a range of people – from Renaissance magicians and 19th-century adventure explorers to modern-day scientists and leaders of hugely successful organizations.

Out of this emerges 7 essential elements – The Seven Keys To Imagination – which can be recognized, developed and applied by any induvidual, team or organization which has the courage and determination to unlock their power to imagine and build successful futures for themselves.

As a radically new world emerges from one of the deepest global crises in living memory, individuals, teams, organizations and even entire countries will feel the urge to reinvent themselves in order to fit in. They will need to apply their imagination their capacity to dream and to pursue those dreams with determination.

However, most people s imagination is bounded by widely shared internal and social barriers that influence what they will or won t imagine.

This book unlocks imagination s capacity to help us create radical new futures across any human activity. Drawing from ancient natural magic to modern experimental neuroscience, and illustrated by compelling stories of extraordinary individuals and organizations, this book is designed to unleash our imagination to create entirely new and positive futures.

There’s probably no one “secret to success” in a world as complex as ours, but there are themes that link the stories of amazing individuals and winning organizations from around the world.

In Seven Keys to Imagination, Piero Morosini ranges over a vast intellectual territory — from Peruvian myth and modern experimental psychology to commercial wonders such as fashion revolutionary Zara — and makes a compelling argument that human imagination is the most vital element of success.

Imagination lets us adapt to the world around us, find empathy by putting ourselves in others’ shoes, and, most importantly, learn to perceive and create possible futures for ourselves and others. Inspiring, surprising and a joy to read, Seven Keys to Imagination is a landmark achievement that encourages us toward a renaissance of imagination — in our individual lives as well as in business and government –Mark Buchanan, award winning author of Ubiquity, Nexus and The Social Atom, and guest columnist of the New York Times

Seven Keys is not at all forgettable. Piero Morosini wants to bring imagination to the very centre of how people work –Peter Day, World of Business, BBC

Dreams hold a power. The power to set Man in the road to success.However, the challenge is to discover how to make our dreams come true, avoiding the trap of attempting to quickly and easily realize all of them. In his new book, Piero Morosini unravels the ‘seven keys to imagination’: seven enduring characteristics that can be found in every successful enterprise born out of a great dream from its founders.

About the Author
Piero Morosini founded the PAYA Sarl leadership institute and is a consultant to CEOs and strategists across the world. He was previously professor of strategy and leadership at IMD (Switzerland). Peiro is a Peruvian and Italian National, and hold a PhD In management as well as MA and MBA from The Wharton School, Philadelphia. He speaks and lectures globally. He currently live in Lima Peru.

Be the first to review “Seven Keys To Imagination” Cancel reply