Shop - On Reading, Writing and Living with Books (The London Library) 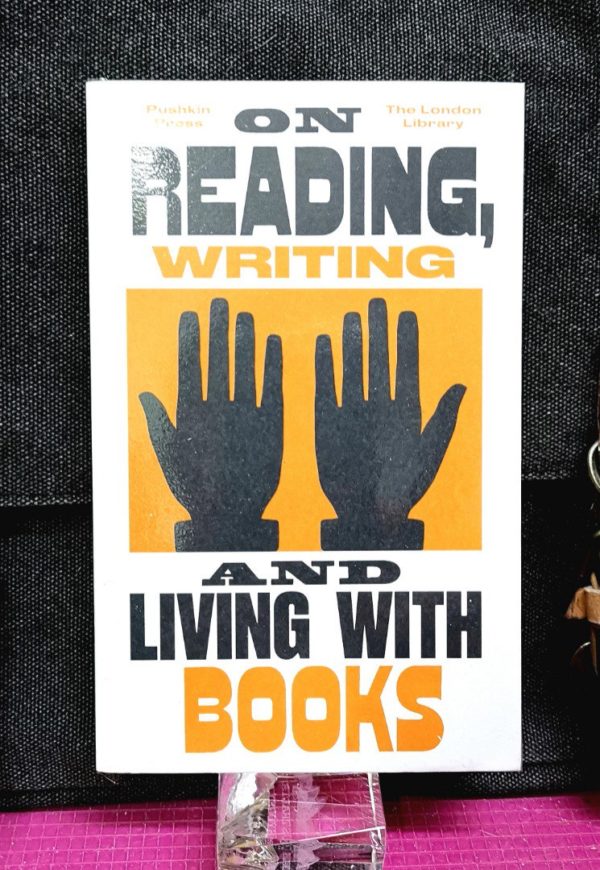 On Reading, Writing and Living with Books (The London Library)

“This little body of thought, that lies before me in the shape of a book, has existed thousands of years, nor since the invention of the press can anything short of an universal convulsion of nature abolish it”.

Books are an important physical presence around anyone who feels reading is a major part of living.

On Reading, Writing and Living with Books is part of ‘Found on the Shelves’, published with The London Library.

The books in this series have been chosen to give a fascinating insight into the treasures that can be found while browsing in The London Library.

Of course, no book was created in isolation but produced by someone who was influenced by reading countless other books.

The traditional hub for many great writers to discover books that inspire and inform them has been the library.

This year The London Library which is the world’s largest independent library with more than a million books and periodicals in its collection is turning 175 years old.

“On Reading, Writing and Living with Books” is a compact collection of pieces by great writers such as Virginia Woolf, Charles Dickens, George Eliot, EM Foster and the poet Leigh Hunt – all of whom were active members of The London Library.

They contemplate the experience of being committed writers and readers who share the same wonder, joy and excitement we all feel when staring at a shelf filled with books.

Now celebrating its 175th anniversary, with over 17 miles of shelving and more than a million books, The London Library has become an unrivalled archive of the modes, manners and thoughts of each generation which has helped to form it.

The London Library is the world’s largest independent library. Founded in 1841 by Thomas Carlyle (in reaction to the “museum headache” brought on by the crowds in the British Museum Reading Room), it has become a haven for readers, writers and all who draw strength, solace or inspiration from the presence of books.

Some of the most illustrious figures of the last two centuries have written, thought and walked there: George Eliot, Charles Dickens, E.M. Forster, Virginia Woolf and many more were members.

And over time, some of these celebrated members have shared–with each other, or with an interested public–their views on the delights, challenges and joys of reading, writing and living with books.

From essays on dieting in the 1860s to instructions for gentlewomen on trout-fishing, from advice on the ill health caused by the “modern” craze of bicycling to travelogues from Norway, they are as readable and relevant today as they were more than a century ago.

A quick read featuring various writers who were members of The London Library and their thoughts on books and writing.

Virginia Woolf! Charles Dickens! EM Forster! Great stuff, pieces I hadn’t seen, and I loved the Woolf in particular. You will be able to use some of this in my reading class that I teach, for reading reflections.

Virginia Woolf (1882-1941) was the daughter of Leslie Stephen, who was President of The London Library from 1892 until his death in 1904. She was one of the greatest novelists and essayists of the twentieth century.

George Eliot (1819-1880) and George Henry Lewes, the man with whom she lived from 1854 until his death in 1878, were both devoted members of The London Library. She was one of the greatest Victorian writers, whose novel Middlemarch was described by Virginia Woolf as “one of the few English novels written for grown-up people”.

James Henry Leigh Hunt (1784-1859) was the 877th person to join The London Library. He was a poet, critic and journalist. Despite being a household name in his day, and remembered as one of the great reformers, his poetry has not been widely read.

Be the first to review “On Reading, Writing and Living with Books (The London Library)” Cancel reply