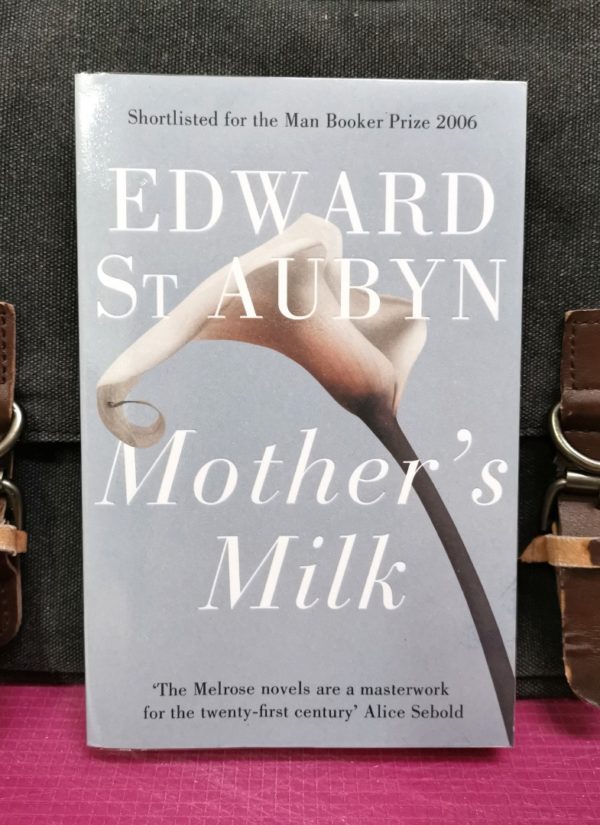 The Art of Shopping : How We Shop and Why We Buy
Edward St Aubyn
Brand-new, Paperback

Man Booker–shortlisted Mother’s Milk, the fourth installment in Edward St. Aubyn’s wonderful, wry, and profound Patrick Melrose Cycle, sees Patrick as a lawyer, married, with a five-year-old child and another on the way.

Mother’s Milk is a novel written by Edward St. Aubyn.

The 279 page book is a sequel to the trilogy called Some Hope that St. Aubyn wrote in the 1990s.

Mother’s Milk, and the other three books, are based on the author’s life growing up in an upper-class English family and dealing with issues such as death, alcoholism, heroin addiction, marriage and more.

In 2012, the book was adapted into a film directed by Gerry Fox and co-written by St. Aubyn. The film starred Jack Davenport, Adrian Dunbar, Diana Quick, and Margaret Tyzack.

The novel shifts points of view from Patrick—furious over his mother’s decision to sell their mansion in the South of France to a ridiculous New Age hippie—to Patrick’s wife, overburdened by motherhood, to Patrick’s mother, growing senile and despondent, and even to Patrick’s young son Robert, who reflects with hilarious and disturbing clarity on the moments of his birth.

Writing with the scathing wit and bright perceptiveness for which he has become known, celebrated English author Edward St. Aubyn creates a complex family portrait that examines the shifting allegiances between mothers, sons, and husbands.

The novel’s perspective ricochets among all members of the Melrose family — the family featured in St. Aubyn’s widely praised trilogy, Some Hope — starting with Robert, who provides an exceptionally droll and convincing account of being born; to Patrick, a hilariously churlish husband who has been sexually abandoned by his wife in favor of his sons; to Mary, who’s consumed by her children and overwhelming desire not to repeat the mistakes of her own mother.

All the while, St. Aubyn examines the web of false promises that entangle this once illustrious family — whose last vestige of wealth, an old house in the south of France — is about to be donated by Patrick’s mother to a New Age foundation.

An up-to-the-minute dissection of the mores of child-rearing, marriage, adultery, and assisted suicide, Mother’s Milk showcases St. Aubyn’s luminous and acidic prose — and his masterful ability to combine the most excruciating emotional pain with the driest comedy.

This elegant and witty satire on the dissatisfactions of family life, which continues the story of Patrick Melrose, the hero of St. Aubyn’s U.S. debut ( Some Hope), opens in August 2000 at Patrick’s mother’s home in the south of France, with Patrick’s five-year-old son, Robert, remembering with preternatural clarity the circumstances of his birth.

No one on this vacation is particularly happy; Robert realizes he’s being displaced by the arrival of baby brother Thomas, and Patrick is furious because his mother plans to leave her house (and what remains of her fortune) to Seamus Dourke, a ridiculous New Age guru.

Over the next three Augusts, the Melrose story unfolds from different points of view: Patrick is deep in the throes of a midlife crisis; Mary, his wife, feels her self has been obliterated by the incessant demands of motherhood; and the two precociously verbal children struggle to make sense of the complexities of life.

The narrative itself is thin, but the pleasures of the book reside in the author’s droll observations (overweight Americans, for example, have “become their own air-bag systems in a dangerous world”). It’s yet another novel about familial dysfunction but told in a fresh, acerbic way.

This slim novel centers on Patrick Melrose, a London barrister whose toxic childhood and protracted adolescence were chronicled in St. Aubyn’s “Some Hope” trilogy.

Patrick now has a wife and two young sons, but he remains subject to the whims of his senile mother.

She has donated the house where he grew up, in Provence, for use as a New Age retreat, leaving Patrick and his dependents to spend holidays there as increasingly unwelcome guests.

Narrated by turns from the perspectives of Patrick, his wife, and their elder son, the novel vividly captures how the family members’ roles shift with the birth of the second son and the deterioration of Patrick’s mother.

The book’s structure, however, is overschematic, and St. Aubyn’s satiric barbs, although as deadly as ever, are wasted on easy targets-like uncouth Americans and New Age hypocrites.

About the Author
Edward St Aubyn was born in London in 1960. His superbly acclaimed Melrose novels are Never Mind, Bad News, Some Hope (previously published collectively as the Some Hope trilogy), Mother’s Milk and At Last. He is also the author of the novels A Clue to the Exit and On the Edge.

Be the first to review “Mother’s Milk” Cancel reply