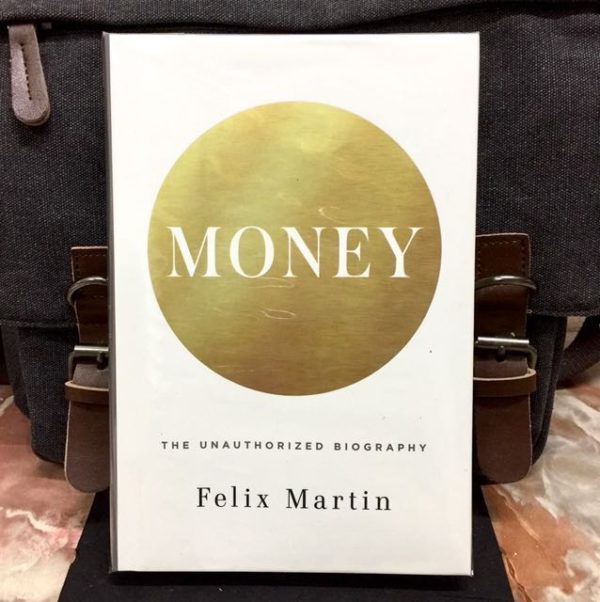 The Crime of Reason : And the Closing of the Scientific Mind

In the Name of Love
Felix Martin
Brand-new, Hardcover

From Coinage to Cryptocurrencies

This Finalist Book for Guardian First Book Award in hardcover edition is a bran-new book and nicely wrapped with protective book-wrapper. The original new book is sold at usual price RM110.09 (Hardcover). Now here Only at RM18.

The essential handbook for anyone who wants to understand how our economic system really works, what has gone wrong with it, and what we can do to fix it.

What is money and how does it work?

The conventional answer is that once upon a time people exchanged what they produced for what they wanted–cod in Newfoundland, sugar in the West Indies, tobacco in Virginia–and that today’s financial universe evolved from barter.

But there is a problem with this story. It’s wrong. And dangerous.

Money: the Unauthorised Biography unfolds a panoramic secret history and explains the truth about money: what it is, where it comes from, and how it works.

Drawing on stories from throughout human history and around the globe, Money will radically rearrange your understanding of the world and shows how money can once again become the most powerful force for freedom we have ever known.

Does money really need to be explained?

Apparently it does, as economist Martin challenges the conventional theory that money emerged from the barter system.

Offering a broad historical perspective, Martin begins with the pre-money society of The Iliad and The Odyssey. When the numeracy, literacy, and accounting concepts of ancient Mesopotamia met with the Greek concept of universal social value, the components of money took shape.

He traces uncanny similarities in ancient and modern history of monetary maneuvers and crises and how citizens have created quasi currency—IOUs, checks, vouchers—in reaction to government stumbles in Ireland, Argentina, and Russia.

Martin details how the great merchant houses of Europe developed the banking system we currently know. Tapping philosophers and economists, including Plato, Locke, Marx, Bagehot, Keynes, and Greenspan, Martin clearly explains why, even though it seems arcane, it’s important to understand the theory behind money, its origins, and how it has operated through the ages.

This is economics written with sharp pacing and often amusing perspectives, raising mundane considerations of supply and demand to philosophical discussions of the meaning of value.

Putting the record straight , Money: The Unauthorised Biography draws on stories from around the world and throughout history, from the primitive tribe using as cash an enormous underwater stone wheel to the credits used by modern-day babysitting circles, taking in along the way spendthrift Dauphins, sixteenth-century vampire squid, rituals of sacrificial feasts in Ancient Greece, and the credit crisis in Ancient Rome (an eerie pre-echo of recent events).

The author then gives a comprehensive overview at economical collapses and measurements governments did to prevent and fix. One of the problems is that the common understanding of the economy is flawed, and it’s all Locke’s fault it seems. Even though many solutions to our modern economical problems where already outlined many centuries ago, traditional classical understanding of the market still persist.

In wonderfully witty and lucid style Felix Martin unfolds this panoramic secret history and explains the truth about money: what it is, where it comes from, and how it works. His absorbing account will rearrange your understanding of the world and show how money can once again become the most powerful force for good.

By misunderstanding money we have become its slaves.

This book sets us straight in order to set us free.

About the Author
FELIX MARTIN was educated in the UK, Italy and the US, and holds degrees in classics, international relations and economics, including a D.Phil. in Economics from Oxford University. He worked for the World Bank and for the European Stability Initiative think tank, and is currently a partner in the fixed income division at Liontrust Asset Management plc. The author lives in London, UK.

Be the first to review “Money : The Unauthorized Biography” Cancel reply