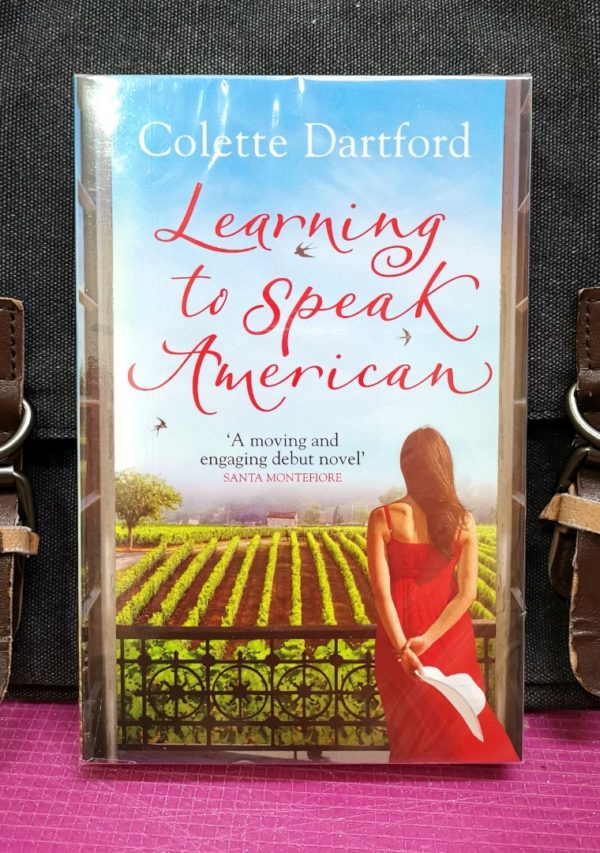 WHY WE GET SICK : The New Science of Darwinian Medicine

A Heartrending Fiction Well-Told, About Coping With Unimaginable Loss

A moving and engaging debut novel . . . shortens the dark nights’ Santa Montefiore. An emotional and uplifting story of starting again, perfect for fans of Hilary Boyd and The Tea Planter’s Wife.

How do you move on with your life following the death of a child?

This is the main question running through Colette Dartford’s first novel. Three years following the death of their only child, Lola and Duncan find themselves functioning but not really living as they go about the motions of their daily lives.

Each dealing with their grief in very different ways a chance visit to a derelict house in California offers them a seed of hope and happiness.

As restoration of the house progresses Lola feels herself slowly coming back to life…but can their marriage find that lost spark that died with their daughter?

For fans of Hilary Boyd and The Tea Planter’s Wife, Colette Dartford’s Learning to Speak American explores whether a parent can ever truly move on from the death of a child.

A marriage tested to breaking point by grief and guilt—can it survive?

Having suffered in silence since the tragic death of their young daughter, Lola and Duncan Drummond’s last chance to rediscover their love for one another lies in an anniversary trip to California’s idyllic Napa Valley.

Unable to talk about what happened, Duncan reaches out to his wife the only way he knows how – he buys her a derelict house, hoping its restoration might restore her happiness and their marriage.

As Lola works on the house she experiences the liberating power of letting go. But just as her life begins to open up, Duncan’s begins to fall apart.

Can a parent ever truly move on from the loss of a child?

And, after so much heart break, can Lola and Duncan learn to love again?

“Learning to Speak American” is Colette Dartford’s debut novel, it is a tender and powerful novel that deals with some heartrending issues.

Lola and Duncan Drummond have had a charmed life, wealthy and successful with the trappings that go with it.

Their seemingly perfect life came crashing down around them three years ago, when their cherished and much loved eight-year-old daughter was killed.

The Drummonds have dealt with their painful loss in their own personal ways, but have never discussed what happened on that awful day. In fact, they don’t mention Clarissa’s name at all.

Duncan makes one last ditch attempt to try to heal Lola and books a surprise trip to the Napa Valley in California.

Whilst there, they find themselves outside The Treehouse, an almost derelict house that Lola falls instantly in love with.

When Duncan buys it for her, he hopes against hope that by restoring the Treehouse, they can restore their love, and their relationship.

You will totally swept away by this story, and the abundance of well-rounded, expertly crafted characters.

It’s an easy read, but surprises the reader by dealing with some emotional and sensitive issues, compassionately and with care.

Many loved Lola, her pain is raw and so well described, she’s frail and vulnerable, yet has an inner strength and force that is exposed many times.

Poor Duncan …. Many didn’t like him, the horror that he too has had to endure, found his way of coping with his pain so very sad – for himself and for those around him.

The contrasting landscapes of the Californian Napa Valley and their home in Somerset are written with convincing detail, and the contrast in lifestyles and character is engaging.

“Learning to Speak American” is a study of a breaking relationship, concentrating on how deep-rooted fears and secrets can alter a life for ever. Colette Dartford is a talented author, many look forward to reading more from her.

As we follow both Lola and Duncan’s journeys we see them come to terms with loss, grief, love and life. New friendships, new perspectives, new beginnings.

Sensitively written, the characters are both believable and likable.

It is also a book about midlife and expectations, changing priorities, forgiveness reinvention.

A moving book , you found yourself sympathising with both characters.

About the Author
Learning to Speak American, is Colette Dartford’s debut novel and is based on her experience of renovating a derelict house in California’s Napa Valley.

Having bought and renovated the house, Colette lived there with her husband for many years before moving back to the UK.

Colette wrote the book in California where it was a quarterfinalist in Amazon’s first novel award. Before becoming a writer, Colette worked as a Political Research Consultant in public policy for many years and has an MPhil in Political Science.

A Londoner by birth, Colette Dartford went to university in Bath and made it her home. A scholarship to undertake a doctorate led to a career in health and social research, before she moved to California’s Napa Valley. Here she studied Viticulture and Enology and wrote her debut novel.

Be the first to review “Learning to Speak American” Cancel reply