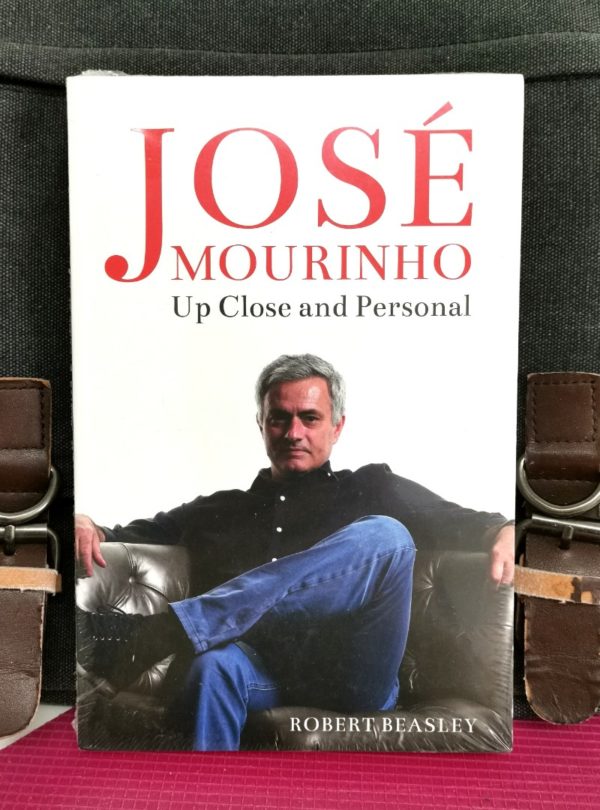 Jose Mourinho: Up Close and Personal

Friend and Foe : When to Cooperate, When to Compete, and How to Succeed at Both

The Huawei Way: Lessons from an International Tech Giant on Driving Growth by Focusing on Never-Endi
Robert Beasley
Brand-new, Paperback

José Mourinho is undoubtedly one of the most charismatic and controversial characters in football today. Never far away from the headlines, it is the drama surrounding him as much as his many successes that make him such a fascinating figure.

Having worked at some of the biggest clubs in the world – Porto, Chelsea, Inter Milan, Real Madrid and Manchester United – Mourinho knows how to deliver when it matters. Leaving trophy cabinets bursting wherever he’s been, he has a claim on being the greatest manager in his sport.

But is the way he conducts himself on the touchline and in front of the cameras the real José Mourinho, or an act he puts on for the watching world?

This unique insider account of the private man and public manager begins at Old Trafford in 2004, when Mourinho’s Porto put Manchester United out of the Champions League.

Since then, author Robert Beasley has enjoyed unparalleled access and unrivaled experience with Mourinho both on a professional basis and on a personal level.

Touring alongside Mourinho during his first tenure at Chelsea, Beasley forged a friendship with the manager that has lasted to this day.

Author Robert Beasley has followed Mourinho’s career closely since his arrival on the English football scene in 2004. An award-winning sports correspondent, Beasley has been the one person granted privileged access to the Special One’s inner sanctum, and he found there a man few ever get to know – let alone get to call a friend.

He reveals how close Mourinho came to becoming England’s manager, and Tottenham’s attempts to secure him.

This is the story of José Mourinho, up close and personal. Delving into the workings of the famed manager’s mind, as well as the backroom antics and transfer sagas at the game’s greatest clubs, we see the world from José’s point of view.

Revealing the untold stories behind how close Mourinho came to getting the England and Tottenham jobs and his sometimes tumultuous relationships with the likes of Roman Abramovich, Rafael Benítez and Arsenal boss Arsène Wenger, and why he will always put family and friends before football, this is a side to José Mourinho you never thought you’d see.

He discloses the truth about his dislike of Arsène Wenger, and what he shockingly said about him off record, and how his relationship with Abramovich really played out behind the scenes.

Then there are all the intriguing stories behind the players he bought, and the ones he desperately wanted, but couldn’t get. Written by the ultimate insider, this is the fascinating story of Mourinho and life at some of the biggest soccer clubs.

What becomes evident very quickly after starting Rob Beasley’s ‘Up close and personal – Jose Mourinho’ is that it is less a book about Jose Mourinho and more one about Beasley’s relationship with him.

Beasley is both a Chelsea supporter and man who has enjoyed a close relationship with Mourinho and given that, the book is far from objective.

That being said, if things were reversed and I was writing one about Wenger and dealing with his Mourinho relationship, I’m not sure I would have been as even-handed as Beasley.

I read the Wenger chapter first, of course, eagerly awaiting comments that would leave my blood boiling, but the truth is it was underwhelming on that front yet fascinating for many different reasons.

There has been a lot of talk, since the Daily Mail started serialising this book, wondering if the quotes are even from Mourinho.

Beasley’s peers on Sunday Supplement recently agreed that they were true as they questioned Beasley’s inclusion of private emails, texts and off-the-record conversations between the two.

They highlighted the lack of denials from Mourinho’s camp as evidence that they must be true, and Beasley’s thanks to Mourinho at the end of the book would certainly point to a man who doesn’t believe these comments will cause any sort of strain to their relationship leading me to believe that Jose has given his blessing on the whole thing.

As an Arsenal fan and human being, I am naturally predisposed to loath Jose Mourinho but in this book you get a better understanding of what makes him tick (winning), what he values above all else (winning and his reputation) and the true level of his arrogance.

You get a true feel for how petty he is, and how self-absorbed, especially in the full chapter devoted to Mourinho not winning the manager of the month award in the season he won the league and manager of the year.

Arsene Wenger often speaks about how he has no interest in these sorts of personal awards, and while Mourinho said similar in public, behind the scenes he was branding it ‘disgusting.’

There’s nothing contained within the book that is all that surprising from an Arsenal point of view (his admission that Mourinho would be open to managing Arsenal and genuinely considered managing Spurs perhaps the top ‘shocks’).

There’s also a chapter on the Ashley Cole saga that tells us nothing we didn’t already know and again, it’s more about Beasley’s relationship with Mourinho and how close he was able to get to him.

We learn about the stories Mourinho fed the journalist, the way he used Beasley and how happy the Chelsea fan was to be used, even when it meant claiming Pep Guardiola was going to City the summer he went to Bayern Munich – all on a tip from Mourinho.

For anyone interested in what makes people tick and profiles of extreme characters, anything that gets you closer to the inside of their head makes for intriguing reading and this is no different.

For others who just want to get an idea why Mourinho acts the way he does while indulging in a lot of gossip, back-biting and head shaking then there’s plenty in here for you too.

About the Author
Robert Beasley is a sports writer with 30 years’ experience on Fleet Street. The last 22 years he spent on the UK’s two biggest-selling newspapers, as chief sports correspondent of The Sun and, before that, chief sports reporter for the News of the World.

Be the first to review “Jose Mourinho: Up Close and Personal” Cancel reply