Shop - FORTRESS : On Our Cities’ Streets A New Battle Is Being Fought…. 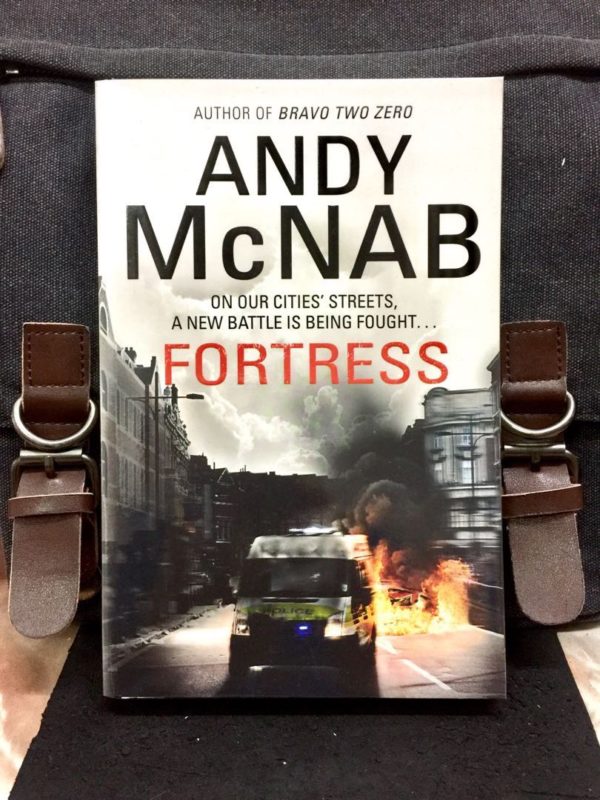 FORTRESS : On Our Cities’ Streets A New Battle Is Being Fought….

Learning to Fly : A Memoir of Hanging on and Letting Go
Andy Mc Nab
Brand-new, Paperback

Tom Buckingham has blood on his hands. Neck deep in trouble for taking down a renegade Afghan soldier, he’s sent back home; angry, betrayed and out of work.

But with riots and rebellion spreading like wild fire on the streets of Britain, Tom’s unique skills are soon noticed by a charismatic billionaire with a questionable agenda.

Buckingham finds himself thrown back into the covert world of intelligence where a play for power is underway. He’ll have to decide where his loyalties lie if he’s to intervene in a series of events that will threaten the whole nation.

Time is running out and lives are at stake; is there anyone Tom Buckingham can trust?

Camp Bastion: SAS trooper Tom Buckingham finds himself in deep trouble for taking down a renegade Afghan soldier. Instead of being proclaimed a hero, he’s made a scapegoat for the incident and drummed out of the regiment.

On his return to Britain, disillusioned and embittered, Tom’s unique services are quickly snapped up by charismatic entrepreneur, Vernon Rolt, a powerful billionaire with political ambitions, very few scruples and a questionable agenda.

With riot on the country’s streets, a government in disarray and a visit from the American president imminent, there has never been a better time to make a play for power.

But, as Tom will soon discover, in the affairs of state, hidden forces are always at work and he is quickly drawn back into the covert world of intelligence and special forces which he knows so well. He will have to decide where his loyalties lie and who his real friends are, if he is to intervene in a spiralling sequence of events which involve terrorism, insurgency and, ultimately, assassination…

Fortress is Andy McNab’s most topical, hard-hitting and viscerally exciting novel to date. One man is willing the world into chaos. One man has the power to stop him and change the fate of nations…

About the Author
From the day he was found in a carrier bag on the steps of Guy’s Hospital in London, Andy McNab has led an extraordinary life.

As a teenage delinquent, Andy McNab kicked against society. As a young soldier he waged war against the IRA in the streets and fields of South Armagh. As a member of 22 SAS he was at the centre of covert operations for nine years – on five continents. During the Gulf War he commanded Bravo Two Zero, a patrol that, in the words of his commanding officer, ‘will remain in regimental history for ever’. Awarded both the Distinguished Conduct Medal (DCM) and Military Medal (MM) during his military career, McNab was the British Army’s most highly decorated serving soldier when he finally left the SAS.

Since then Andy McNab has become one of the world’s best-selling writers, drawing on his insider knowledge and experience. As well as several non-fiction bestsellers including Bravo Two Zero, the biggest selling British work of military history, he is the author of the best-selling Nick Stone and Tom Buckingham thrillers. He has also written a number of books for children.

Besides his writing work, he lectures to security and intelligence agencies in both the USA and UK, works in the film industry advising Hollywood on everything from covert procedure to training civilian actors to act like soldiers. He continues to be a spokesperson and fundraiser for both military and literacy charities.

Be the first to review “FORTRESS : On Our Cities’ Streets A New Battle Is Being Fought….” Cancel reply