Shop - For Your Eyes Only : There Is Only One Bond 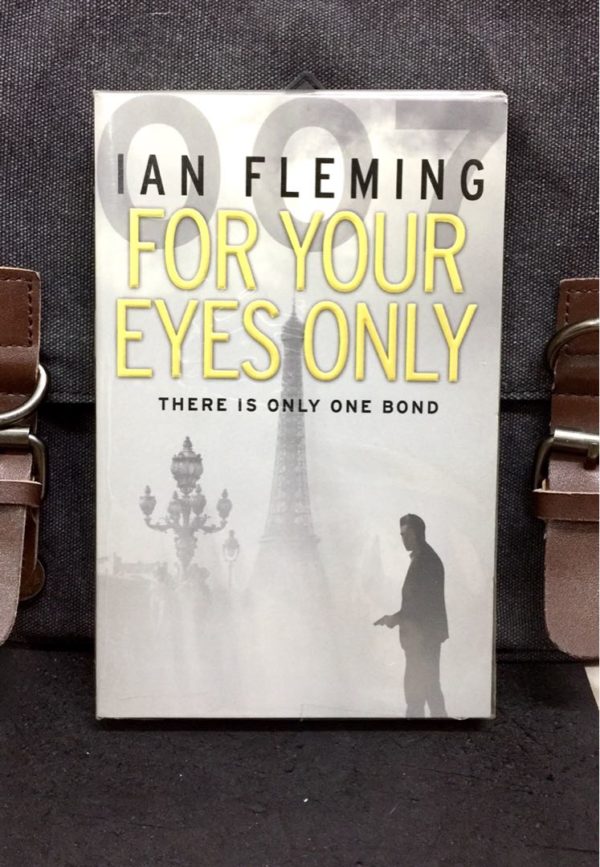 For Your Eyes Only : There Is Only One Bond

The People’s Money : How Voters Will Balance the Budget and Eliminate the Federal Debt

The Power of Foursquare: 7 Innovative Ways to Get Your Customers to Check In Wherever They Are
Ian Fleming
Brand-new, Paperback

Over 60 million Bond books had been sold , this bestseller is a bran-new book and the original new book is sold at usual price RM47.90. Now here Only at RM13.

For Your Eyes Only is a collection of James Bond short stories written by Ian Fleming, first published in 1960. The title story of the collection lent its name to the twelfth James Bond film, which was released in 1981 and was the fifth film to star Roger Moore as the suave and sophisticated British Secret Service agent.

Who killed an elderly couple in their Caribbean home?

M knows exactly who did it, but the murderers will most likely escape through a twisted net of global politics.

M. calls in a personal favour from a certain licensed killer who understands the kind of rough justice needed. Bond soon discovers he’s not the only one on the hunt, and the lines between revenge and justice become blurred…

Also includes the stories ‘Quantum of Solace’, ‘From a View to a Kill’, ‘Risico’ and ‘The Hildebrand Rarity’

For Your Eyes Only is five Bonds for the price of one, showing Fleming equally at home with the short story as he was over the long haul. Related themes appear across the collection–domestic abuse, just revenge–but these are stories for reading in their own right.

From a View to a Kill has Bond in Paris, outsmarting both the bad guys and the other European intelligence services to solve a murder mystery centred on stolen NATO documents. Cold-blooded murder aside, this is a gentle and engrossing story with some fine descriptive touches by Fleming.

In For Your Eyes Only itself, Bond is on an M-instigated revenge mission in the wilds of Canada and Vermont. Notable for its account of his enemy stalking and unexpected rendezvous with the beautiful Judy Havelock, For Your Eyes Only also portrays closely the relationship between Bond and M, whose inertia over the correct course of action Bond resolves: “It had come to the point where justice ought to be done … But M was thinking, is this justice or is it revenge? M wanted someone else, Bond, to deliver judgement”.

Quantum of Solace is a brief but diverting oddity in which Bond barely moves from his seat. The story is an after-dinner tale of human cruelty told by his host–probably prompted by his preconceptions of Bond’s work–which elicits the response, “It’s extraordinary how much people can hurt each other.” After this interlude, Risico picks up the pace with a heroin smuggling, vendetta-inspired rollercoaster set against an Italian backdrop.

In the final story, The Hildebrand Rarity, Bond finds himself in deep water on a fishing expedition when emotional and physical violence lead to another “justified” murder which Bond covers up. Who committed the crime? Does it matter? This is Bond as agent of natural justice above and beyond institutional law.

Be the first to review “For Your Eyes Only : There Is Only One Bond” Cancel reply