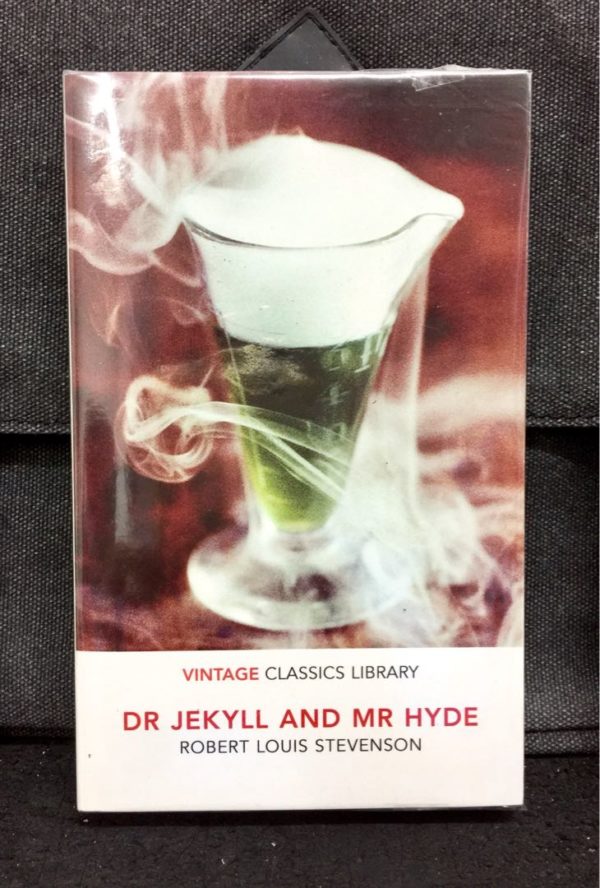 The Adventures Of Tom Sawyer

It is about a London lawyer named Gabriel John Utterson who investigates strange occurrences between his old friend, Dr Henry Jekyll,and the evil Edward Hyde.

The novella’s impact is such that it has become a part of the language, with the very phrase “Jekyll and Hyde” entering the vernacular to refer to people with an unpredictably dual nature:

The names of Dr. Jekyll and Mr. Hyde, the two alter egos of the main character, have become shorthand for the exhibition of wildly contradictory behaviour, especially between private and public selves.

The tale, told largely from the perspective of Gabriel Utterson, a London lawyer and friend of Dr. Henry Jekyll, begins quietly, with an urbane conversation between Utterson and his cousin, Mr. Enfield.

The latter tells how, returning home in the early hours of the morning, he witnessed a “horrible” incident: a small girl, running across the street, is trampled by a man who leaves her screaming on the ground. “It sounds nothing to hear,” Enfield concludes, “but it was hellish to see.”

Such reticence is characteristic of Stevenson’s retelling of this classic gothic story of “the double,” the notion of a man pursued by himself, of a second personality inhabiting the true self.

Stevenson gradually discloses the identity of the “damned Juggernaut,” Mr. Hyde, who disappears behind the door of the respectable, and well liked, Dr. Jekyll.

Calm and respectable, Jekyll has secretly developed a potion that will allow him to separate the good and evil aspects of his personality.

He is able at will to change into his evil counterpart, Mr. Hyde, who gives way to uncontrollable urges on the streets and alleyways of London.

While the respectable doctor initially finds no difficulty in returning from his rabid personality to the sanguine one, he soon finds himself slipping into Mr. Hyde without recourse to his drugs. Unable to make any more of the drug because of an error in the formula, Jekyll’s supplies soon run out.

Having committed terrible crimes, Mr. Hyde is now wanted in London for murder. Dr. Jekyll takes his own life, but the body found at his house is that of Hyde’s. It is only his confession, written in Jekyll’s hand, that reveals the truth of the man’s real struggle and identity.

This novel begins, quietly enough, with an urbane conversation between the lawyer, Mr. Utterson, and his friend, Mr. Enfield.

Gabriel John Utterson and his cousin Richard Enfield reach the door of a large house on their weekly walk. Enfield tells Utterson that months ago he saw a sinister-looking man named Edward Hyde trample a young girl after accidentally bumping into her.

Enfield forced Hyde to pay £100 to avoid a scandal. Hyde brought them to this door and provided a cheque signed by a reputable gentleman (later revealed to be Doctor Henry Jekyll, a friend and client of Utterson).

Utterson is disturbed because Jekyll recently changed his will to make Hyde the sole beneficiary. Utterson fears that Hyde is blackmailing Jekyll. When Utterson tries to discuss Hyde with Jekyll, Jekyll turns pale and asks that Hyde be left alone.

One night in October, a servant sees Hyde beat to death Sir Danvers Carew, another of Utterson’s clients. The police contact Utterson, who leads officers to Hyde’s apartment. Hyde has vanished, but they find half of a broken cane.

Utterson recognizes the cane as one he had given to Jekyll. Utterson visits Jekyll, who shows Utterson a note, allegedly written to Jekyll by Hyde, apologising for the trouble that he has caused.

However, Hyde’s handwriting is similar to Jekyll’s own, leading Utterson to conclude that Jekyll forged the note to protect Hyde.

For two months, Jekyll reverts to his former sociable manner, but in early January, he starts refusing visitors. Dr Hastie Lanyon, a mutual acquaintance of Jekyll and Utterson, dies of shock after receiving information relating to Jekyll.

Before his death, Lanyon gives Utterson a letter to be opened after Jekyll’s death or disappearance. In late February, during another walk with Enfield, Utterson starts a conversation with Jekyll at a window of his laboratory. Jekyll suddenly slams the window and disappears.

In early March, Jekyll’s butler, Mr. Poole, visits Utterson and says Jekyll has secluded himself in his laboratory for weeks. Utterson and Poole break into the laboratory, where they find Hyde wearing Jekyll’s clothes and apparently dead from suicide.

They find a letter from Jekyll to Utterson. Utterson reads Lanyon’s letter, then Jekyll’s. Lanyon’s letter reveals his deterioration resulted from the shock of seeing Hyde drink a serum that turned him into Jekyll.

Jekyll’s letter explains that he had indulged in unstated vices and feared discovery. He found a way to transform himself and thereby indulge his vices without fear of detection.

Jekyll’s transformed personality, Hyde, was evil, self-indulgent, and uncaring to anyone but himself. Initially, Jekyll controlled the transformations with the serum, but one night in August, he became Hyde involuntarily in his sleep.

Jekyll resolved to cease becoming Hyde. One night, he had a moment of weakness and drank the serum. Hyde, furious at having been caged for so long, killed Carew. Horrified, Jekyll tried more adamantly to stop the transformations.

Then, in early January, he transformed involuntarily while awake. Far from his laboratory and hunted by the police as a murderer, Hyde needed help to avoid capture.

He wrote to Lanyon (in Jekyll’s hand), asking his friend to bring chemicals from his laboratory. In Lanyon’s presence, Hyde mixed the chemicals, drank the serum, and transformed into Jekyll.

The shock of the sight instigated Lanyon’s deterioration and death. Meanwhile, Jekyll’s involuntary transformations increased in frequency and required ever larger doses of serum to reverse. It was one of these transformations that caused Jekyll to slam his window shut on Enfield and Utterson.

Eventually, one of the chemicals used in the serum ran low, and subsequent batches prepared from new stocks failed to work. Jekyll speculated that one of the original ingredients must have some unknown impurity that made it work.

Realizing that he would stay transformed as Hyde, Jekyll decided to write his “confession”. He ended the letter by writing, “I bring the life of that unhappy Henry Jekyll to an end.”