Shop - CryptoCurrency : How Bitcoin and Digital Money are Challenging the Global Economic Order 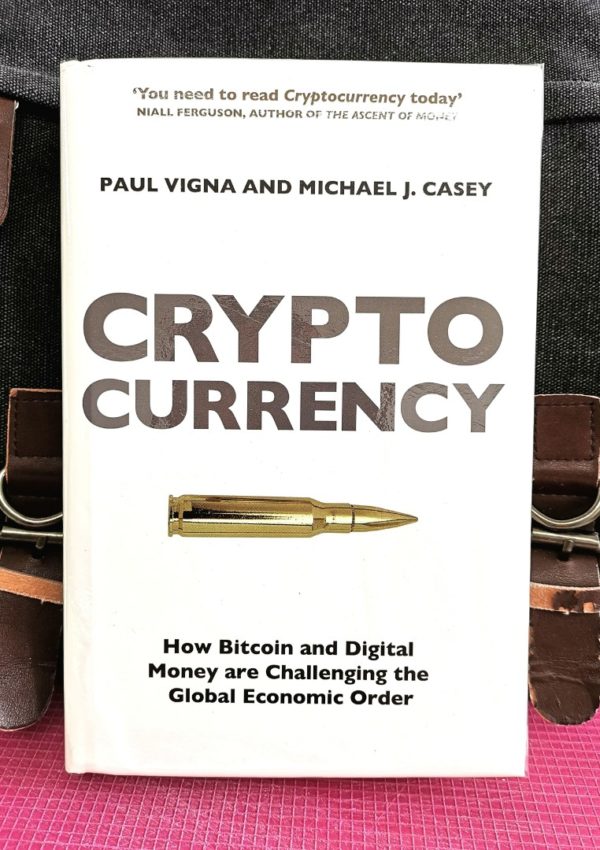 CryptoCurrency : How Bitcoin and Digital Money are Challenging the Global Economic Order

The Huawei Way: Lessons from an International Tech Giant on Driving Growth by Focusing on Never-Endi

Today, Cybercurrencies Are Changing The World We Live In

Today, cybercurrencies are changing the world we live in.

What would a world without banks, credit cards or national currencies look like for all of us？

A cyber-enigma with an enthusiastic following, it pops up in headlines and fuels endless media debate.

You can apparently use it to buy anything from coffee to cars, yet few people seem to truly understand what it is.

For centuries, the system that governs how money works has stayed the same.

Now there’s an alternative, and it puts us on the cusp of a revolution that could reshape our world.

The system that governs how money works, with its brokers and middlemen, has stayed roughly the same for centuries. Now there’s an alternative, and it puts us on the cusp of a revolution that could reshape our world.

This raises the question: Why should anyone care about bitcoin?

In The Age of Cryptocurrency, Wall Street journalists Paul Vigna and Michael J. Casey deliver the definitive answer to this question.

Cybermoney is poised to launch a revolution, one that could reinvent traditional financial and social structures while bringing the world’s billions of “unbanked” individuals into a new global economy.

Cryptocurrency holds the promise of a financial system without a middleman, one owned by the people who use it and one safeguarded from the devastation of a 2008-type crash.

For the Afghani woman denied a bank account by a repressive society, or any of the world’s 2.5 billion unbanked individuals, cryptocurrencies open new possibilities.

At the heart of this lie cryptocurrencies, a technology with the transformative potential of the printing press or the internet.

They bypass the elites and cut out the gatekeepers. Unlike traditional money they’re peer-to-peer, they don’t have a nationality, they’re digital and democratic. They are also lawless.

But bitcoin, the most famous of the cybermonies, carries a reputation for instability, wild fluctuation, and illicit business.

Some fear it has the power to eliminate jobs and to upend the concept of a nation-state.

It implies, above all, monumental and wide-reaching change–for better and for worse. But it is here to stay, and you ignore it at your peril.

Vigna and Casey demystify cryptocurrency–its origins, its function, and what you need to know to navigate a cyber-economy.

The digital currency world will look very different from the paper currency world; The Age of Cryptocurrency will teach you how to be ready.

This is a tremendous introduction to Bitcoin. If you are not technically minded, it’s as good as you could possibly hope for.

On the other hand, if you are a bit of a technophile, perhaps you may want to look for the fine detail somewhere else.

First comes all the necessary background. You get a thorough introduction on what money is, or rather what it is that that turns something into money, you get an introduction to the biosphere out of which Bitcoin sprung, including a long list of its predecessors, and that part of the book is rounded up by a brief history of the “genesis” of Bitcoin itself.

The Blockchain is a technology that puts together four pre-existing technologies in an inventive way, to incentivise independent agents to solve these two problems:

This book is a good start from the “genesis” to the efforts to attach them to conventional economy, for those who have no idea about what cryptocurrencies are.

It is printed way before the crazy bull market lifting bitcoin prices as high as $20.000 and then the collapse of all cryptocurrency prices plummeting to the losses as much as 95%.

From Silicon Valley to the streets of Beijing, this is a book about a revolution in the making, a story of human invention, and a guide to the future.

But a very important distinction is lost in doing this, and one of the great contributions of Age of Cryptocurrency is the way the authors keep the distinction in mind, and explain so clearly why it matters.

A “currency” is the physical, or least notional (it could be digital), stuff that we use in transactions and to save.

And the units or name of the currency are important. “Money,” on the other hand, is the set of institutions that a society, a financial system, or an interconnected set of global markets use to clear transactions.

These two concepts, currency and money, could be connected organically.

Or, as in much of the financial world today, they can be connected uncomfortably, a result of arrangements that may once have made sense but are now increasingly an anachronism.

Worse, the “connection” is now a means of rent-protection for a few historically privileged intermediaries such as Visa and MasterCard.

The simplest way to understand Bitcoin, then, as the authors make clear, is a cryptocurrency that is organically also a comprehensive monetary system for storing records of transactions and clearing new transactions.

That the anonymous currency is connected (nearly) seamlessly to the (nearly) indestructible blockchain of identities is a remarkable practical, financial, and intellectual achievement.

Why Should I Care?

Vigna and Casey are both writers for the Wall Street Journal, with considerable backgrounds in U.S. and global financial markets.

But they sound a bit peeved about narrow control and costs of what they call “toll collectors,” the financial intermediaries that once facilitated but now in many ways hold up transactions.

Anyone who has tried to wire money internationally has experienced the frustration—substantial fees and significant delays—that hinder almost all exchange clearing services, except that much of the system is less visible.

Vigna and Casey directly the address the “why should I care?” question that many people would want to ask. Bitcoin seems sketchy, dangerous both because it smacks of illegality and because the volatile value of each bitcoin makes holding even a few seriously risky.

And, to be sure, Vigna and Casey themselves are not enthusiasts, recognizing the risk and granting that the alternative currency and monetary system is far from ready for prime time.

Still, on p. 6 they outline what is potentially at stake.

The day you started earning and spending money is the day you began repeatedly handing over slices of that money to [financial intermediaries, especially banks and credit card companies], often adding up to millions of dollars over a single person’s lifetime. Cryptocurrency promises to stop that outflow and put the money back in your pocket. That, in the most basic way, is bitcoin’s value proposition…

Later chapters give remarkably detailed accounts of the technical workings, the history, and the community of oddballs and entrepreneurs (note: those two groups are certainly not disjoint!) that describe what Bitcoin has become.

And the authors do a nice job of describing the features, and the bugs, in the burgeoning group of Bitcoin competitors.

As a (reserved) enthusiast for Bitcoin myself, I found that I learned a lot, more than I expected to learn, from Vigna and Casey’s work.

The book works both as a detailed history and a carefully explained technical schematic. My own view, if it matters, is that Bitcoin is not especially important as a currency, but that it may revolutionize areas that now lack moneys.

And the blockchain holds promise even for advanced nations, as it reduces the transactions cost of contracts, escrow payments, and credible commitments to pay.

If transactions costs are the frictions that prevent smooth functioning of economies, a technology like the blockchain may well be the ultimate lubricant.

It’s a cliché, but I think it’s justified here: if you are only going to read one book about cryptocurrencies, make it this one.

About the Author
MICHAEL J. CASEY writes for The Wall Street Journal, covering global finance in his “Horizons” column. He is a frequent contributor to the Journal’s MoneyBeat blog and co-authors the daily “BitBeat” with Paul Vigna. He is the host of the book-themed video series “WSJ Afterword” and a frequent guest on and host of “The News Hub” and “MoneyBeat.” His podcast on world economic affairs is forthcoming. Casey has written for such publications as Foreign Policy, The Washington Post, and The Financial Times. He is the author of two books: Che’s Afterlife: The Legacy of an Image (Vintage, 2009), one of Michiko Kakutani’s “best books of 2009,” and The Unfair Trade: How Our Broken Financial System Destroys the Middle Class (Crown, 2012).

PAUL VIGNA is a markets reporter for The Wall Street Journal, covering equities and the economy. He is a columnist and anchor for MoneyBeat. Previously a writer and editor of the MarketTalk column in DowJones Newswires, he has been a guest on the Fox Business Network, CNN, the BBC, and the John Batchelor radio show. He has been interviewed by Bitcoin magazine and appeared on the Bitcoins & Gravy podcast, and boasts a collective 20 years of journalism experience.

Be the first to review “CryptoCurrency : How Bitcoin and Digital Money are Challenging the Global Economic Order” Cancel reply