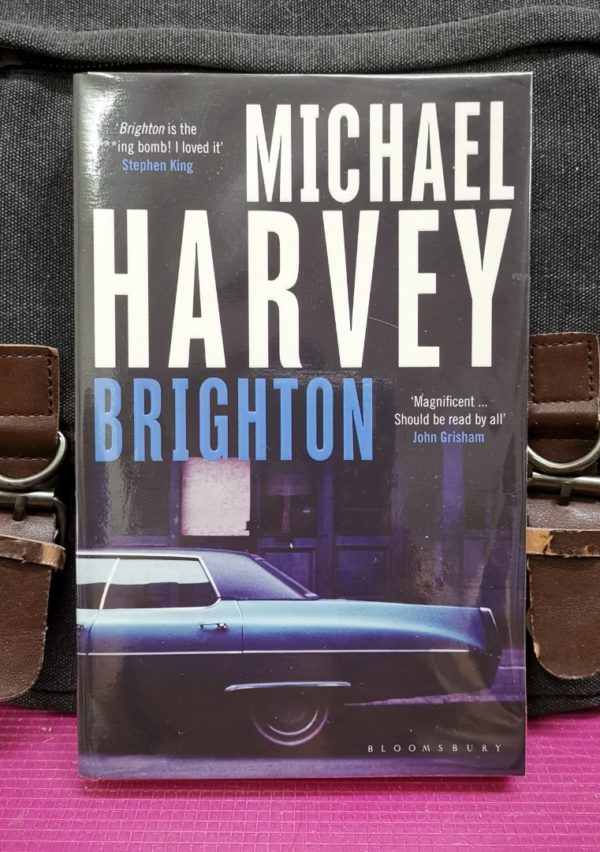 Life on Tour with Bowie : A Genius Remembered

An extraordinary thriller—gripping, haunting, and marvelously told—about two friends growing up in a rapidly changing Boston, who must face the sins of their past in the midst of a series of brutal murders.

Kevin Pearce—baseball star, honor student, the pride of Brighton—was fifteen when he left town in the back of his uncle’s cab.

He and his buddy Bobby Scales had just committed heinous violence for what they thought were the best of reasons. Kevin didn’t want a pass, but he was getting it anyway.

Bobby would stay and face the music; Kevin’s future would remain bright as ever. At least that was the way things were supposed to work, except in Brighton things never work the way they’re supposed to.

Twenty-six years later, Kevin is a Pulitzer Prize–winning journalist for the Boston Globe. He’s never been back to his old block, having avoided his family and, especially, Bobby Scales.

Then he learns his old friend is the prime suspect in a string of local murders. Suddenly, Kevin’s headed home—to protect a friend and the secret they share.

To report this story to the end and protect those he loves, he must face not only an elusive, slippery killer, but his own corrupted conscience.

A powerhouse of a thriller, Brighton is a riveting and elegiac exploration of promises broken, debts owed, and old wrongs made right . . . no matter what the cost.

The book opens in 1970’s Brighton, a tough suburb of Boston where dreams of a better life tend to die young.

Bobby was on his own by the time he hit high school. The closest thing he has to family is Mary Burke, a strong no-nonsense woman who runs a cab company.

She looks out for him while keeping an eye on her grandson Kevin Pearce. Mary senses he’s special & vows he’ll make it out of Brighton.

But first he’ll have to survive growing up in a house ruled by his drunk, abusive father.

By 1975, Bobby & Kevin are inseparable. Times are tough but they have Mary, baseball & each other.

Then the unthinkable happens. One night Kevin arrives at his grandmother’s in time to see a young black man run from the building.

After racing inside, the first thing he finds is one of his sisters bleeding from stab wounds. The second is Mary’s body.

He can’t know it yet but the fallout from this senseless act will define his life for years to come.

Fast forward to 2002. Kevin left Brighton in 1975 & never looked back. He’s now an investigative reporter for The Globe & just won a Pulitzer for his series of articles about a black man wrongly accused of murder who was killed in prison.

Add to that his relationship with Suffolk County prosecutor Lisa Mignot & life is good. Hold that thought, Kev.

Lisa’s office is called in after 2 women are killed in Brighton & she thinks they’re tied to the unsolved murder of a young black man in 1975. When Kevin sneaks a look at the files, his blood runs cold & he knows it’s time…..time to go home & pay his debt to Bobby.

Put the kettle on, curl up in your favourite reading spot & turn off the phone because once you crack the cover on this one, you’ll be ticked if you have to put it down. What follows is a complex & heart wrenching story of friendship, loyalty, betrayal & redemption.

The author uses the first section to build the history of Kevin & Bobby’s friendship, ensuring that readers become invested.

Brighton itself is a major character, so well rendered through descriptions of seedy streets, crowded apartments & hopeless lives that the grit sticks to you fingers.

But it’s only as action switches to the present that we learn the truth of everything that happened in the past.

And holy crap, are there some shockers lurking in the pages. When Kevin begins his own investigation, his intention is to stay one step ahead of the law & protect Bobby.

What he eventually uncovers will rewrite his childhood memories & strip the veneer off the life he’s created.

These characters don’t just appear on the page. They come out swinging, shouting & scheming.

There are no stick people here. Each is a combination of good & bad, capable of great love & thoughtless violence. Part of the rising tension is due to not knowing who can be trusted when push comes to shove.

And while you may dislike some of them, you can also understand how they became who they are.

Although it’s ostensibly Kevin’s story, Bobby is the one that stuck with me. He’s a man who never caught a break but will go down fighting to protect a friend or keep a promise.

This is a dark & compelling story that will have you holding your breath in the final chapters.

About the Author
Michael Harvey is the author of seven previous novels, including Brighton and The Chicago Way. He’s also a journalist and documentarian whose work has won multiple News & Documentary Emmys, two Primetime Emmy nominations, and an Academy Award nomination. Raised in Boston, he now lives in Chicago.

Be the first to review “Brighton” Cancel reply