Shop - Angels on Earth: Inspiring Stories of Fate, Friendship, and the Power of Connections 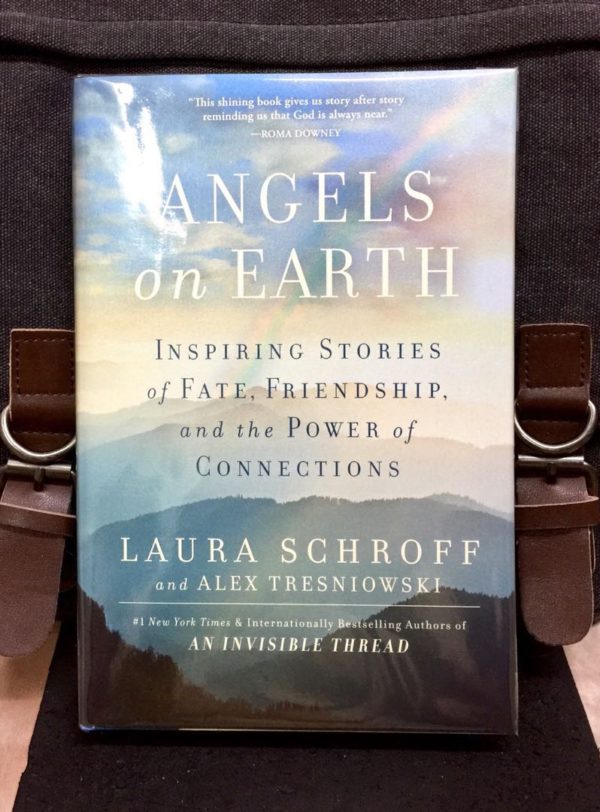 Angels on Earth: Inspiring Stories of Fate, Friendship, and the Power of Connections

How To Think Like Einstein
Laura Schroff
Brand-new, Hardcover

How Everyone Can Live Happier, Meaningful Lives Through Sharing The Random Acts Of Kindness.

This inspiring and uplifting New York Times and International bestseller in hardcover edition is a bran-new book and still wrapped with new-book plastic wrapper. The original new book is sold at usual price RM163.83 (Hardcover). Now here Only at RM25.

You are encouraged to view this youtube video link before reading the book :

From the #1 New York Times and international bestselling authors of An Invisible Thread comes a heartwarming and inspiring book about the incredible impact that acts of kindness from strangers can have on the world around us.

One day in 1986, Laura Schroff, a busy ad sales executive, passed an eleven-year-old boy panhandling on the street. She stopped and offered to take him to McDonald?s. Twenty years later, at Laura?s fiftieth birthday party, Maurice Mazyck gave a toast, thanking Laura for her act of kindness, which ended up changing the course of his life.

In that toast, Maurice said that when Laura stopped on that busy street corner all those years ago, God had sent him an angel.

Laura?s invisible thread journey has deepened her belief that angels?divine and otherwise?are all around us.

After An Invisible Thread was published in 2011, readers from all over began sharing with Laura their own stories about how chance encounters with strangers have changed their lives.

In her bestselling An Invisible Thread (2011), Schroff told the story of making a spiritual connection by sharing an act of kindness with a total stranger.

After reading her book, hundreds of readers sent her letters to convey their own moving stories of discovering an invisible thread with others. In her delightful new book, Schroff gathers 30 of these stories.

In the most illuminating tale, Jos? is sent by his mother at the age of six to help pay bills by selling freshly made tacos; Jos? meets Maria, a clerk at a bus station, who agrees to buy all his tacos every day. He now recognizes that Maria bought his food not because she was hungry, but because she cared for him and wanted him to have a better life.

Kindergarten teacher Mary notices her new student Terrance struggling and simply gives him a hug, which establishes a connection between the two that endures through Terrance?s difficult youth and his eventual imprisonment. She is still a support for Terrance, and she realizes how he has been a great support for her as well.

Schroff?s uplifting book underscores the power of simple connections and our ability to protect and guide others who are in need of compassion, charity, and acceptance.

From a woman who saved a life simply by buying someone a book, to a financier who gave a stranger the greatest gift of all, to a teacher who chose a hug over discipline and changed a lost boy?s future?Angels on Earth introduces remarkable people whose invisible thread stories will move, surprise, and inspire readers.

“Angels” is a collection of inspirational “God moments” stories accumulated over a five year period while she traveled the country telling her own story and promoting her first book “An Invisible Thread”.

These stories will warm your heart, make you laugh, smile and cry. Hopefully they will also inspire you to be more kind and open to the possibilities of heaven on earth. We are all connected and the author weaves a compelling narrative through her journey of discovery.

Laura thinks that most of us are Angels on Earth. When we meet someone and we change in better his/her destiny, when we are helpful in particular in desperate condition as for example the story of the man and the penniless boy that you will find in the book, when we grow up children that are not ours but then later will be loved as if they would be ours.

There are many ways for being real good people in this world. We must just want to become different people, less selfish, less blind to the necessities of our neighbors, and we must also understand that we are not strangers but friends.

Angels on Earth sheds light on how everyone can live happier, more purposeful lives through sharing random acts of kindness.

?This shining book gives us story after story reminding us that God is always near.? ?Roma Downey

About the Author
Laura Schroff is a former advertising executive who helped launch three of the most successful start-ups in Time Inc. history? InStyle, Teen People, and People StyleWatch. Schroff has also worked as the New York Division Manager at People magazine and as Associate Publisher at Brides magazine. She lives in Westchester, New York.

Be the first to review “Angels on Earth: Inspiring Stories of Fate, Friendship, and the Power of Connections” Cancel reply