Shop - An Appeal to the World: The Way to Peace in a Time of Division 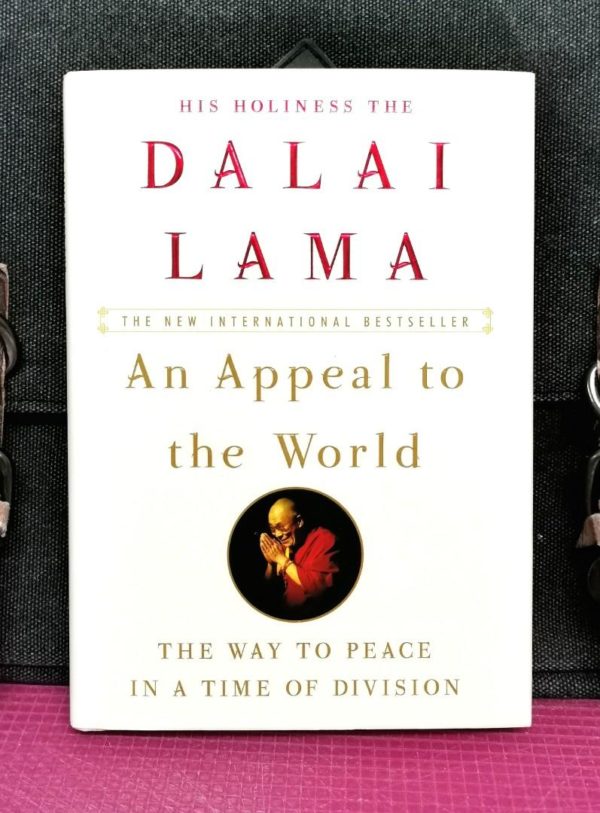 An Appeal to the World: The Way to Peace in a Time of Division

An Inconvenient Sequel: Truth to Power

A Little Book Of Great Wisdom

We have entered a time marked by division.

Politicians call for borders, not inclusion.

And yet the need for unity has never been more urgent, for the crises facing humanity are, increasingly, global.

How do we move forward?

In this brief yet profound address to global humanity, His Holiness the Dalai Lama of Tibet reveals that we all hold the seeds of world peace within us:

“I see with ever greater clarity that our spiritual well-being depends,”

The Nobel Peace Prize winner writes, “on our innate human nature, our natural affinity for goodness, compassion, and caring for others.”

Already a major international bestseller, An Appeal to the World, the new book by one of the most revered spiritual leaders of our time, outlines both the inward and outward paths to peace, addressing a wide range of contemporary topics—from the rise of nationalism, Trump presidency, refugee crisis, climate catastrophes, and materialism to meditation, universal ethics, and even neuroscience.

One thing the Dalai said that is that our enemies are our best teachers. We have the most to learn from them.

Of course this is so.

And patience is the most potent antidote to anger, satisfaction for greed, bravery for fear, and understanding for doubt.

He has six principles that are fundamental to secular ethics:
1. Nonviolence
2. Tolerance
3. Accept every religion in its uniqueness
4. A religious person collaborates in preserving the earth
5. Patience
6. Death and rebirth

Here is a small book that can truly change the world.

For the last fifty-eight years, since 1959, the 14th Dalai Lama, Tenzin Gyatso, has lived in exile in India, where he has exercised his spiritual leadership over Tibetan Buddhism.

In fact, there are about 100,000 Tibetan refugees living in India, and, for that matter, about 400 million Buddhists living in China.

In this little book, which is a series of twenty-eight questions and answers with the German journalist Franz Alt that were taken from thirty-plus interviews, the Dalai Lama urges the world to adopt what he calls a “secular ethics.”

In his view, this secular ethics transcends all religious, ethnic, national, and cultural boundaries.

Whereas we are all born without any religion, he appeals to values that he says are innate in all humans, like benevolence, love, compassion, respect, tolerance, and nonviolence.

“Humans can get by without religion,” says the Dalai Lama. His proposed global secular ethics is “more important than the classical religions.”

These inner and innate values “don’t contradict any religion,” but neither do they “depend on any religion.”

And so, in a world of violence and conflict, some of which is caused by religion, “it is no longer enough to ground ethics in religious values.”

This rather complex claim is addressed by a staccato of short and simple questions and answers.

For example, “Could the next Dalai Lama be a woman? You are for equal opportunity, aren’t you?”

Answer: yes! Or, “what do you mean by inner values?”

The result of the format is not quite what one might expect. Instead of a sort of deep and careful wisdom, what you get is something like bumper sticker responses.

For example, he insists, “I don’t have any enemies, only people I haven’t met yet.”

There are a handful of questions about the status of Tibet, but that complex geo-political issue will not be adequately addressed in a book with one paragraph answers to generalized questions.

Still, the Dalai Lama is a voice for peace in a violent world, and I for one am grateful for what he continues to do to call us all to our common humanity.

About the Authors :
His Holiness the 14th Dalai Lama, Tenzin Gyatso, is the spiritual leader of the Tibetan people and of Tibetan Buddhism.

He was awarded the Nobel Peace Prize in 1989 and the U.S. Congressional Gold Medal in 2007. An Appeal to the World, his call for universal ethics as a way to peace, has sold more than 350,000 copies globally.

In 2016 he published the New York Times bestseller The Book of Joy, coauthored with Archbishop Desmond Tutu. He lives in exile in Dharamsala, India.

Franz Alt, Ph.D., is a television journalist and bestselling author. His books have been translated into seventeen languages and have sold more than three million copies worldwide.

Be the first to review “An Appeal to the World: The Way to Peace in a Time of Division” Cancel reply