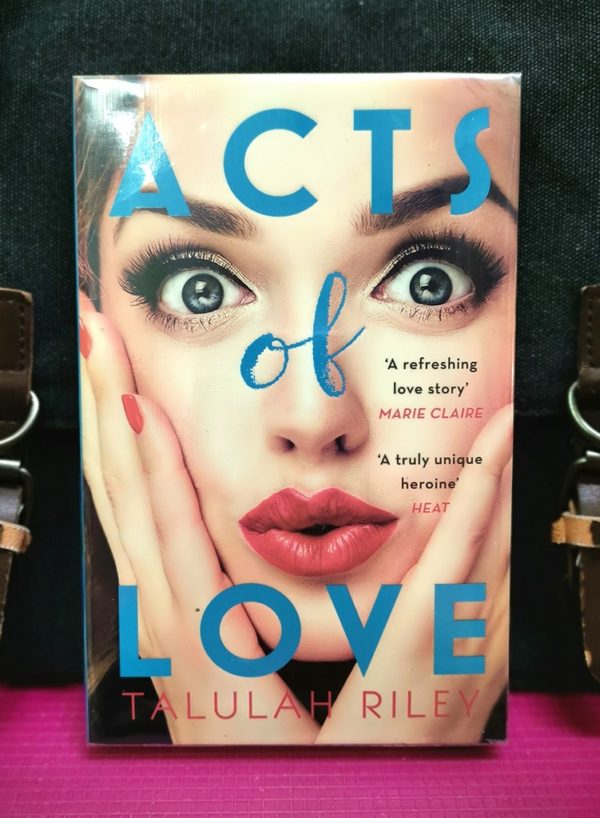 THE AHA! FACTOR : How to Use Your Intuition To Get What You Desire And Deserve

A bold, intelligent, and modern love story perfect for fans of Curtis Sittenfeld’s ELIGIBLE and David Nicholls’ ONE DAY.

Talulah Riley’s stunning debut novel is a bold, intelligent, and modern love story which reminds us that the most powerful relationships are not so much about two people finding each other as they are about that most human quest to find ourselves.

Bernadette is expert at hiding the truth.

She has built her career as a journalist on her talent for lulling powerful men into a false sense of security, then exposing them in her ruthless profile pieces.

But in Radley Blake, she may have met her match. Immune to her charms, he seems to see through every layer of her carefully constructed act: right to the truth of who she is inside.

We think we’re looking for love – but what if it’s ourselves we need to find? Talulah Riley’s wonderful first novel is an irresistible will-they-won’t-they tale that asks how it is we can strive for independence, but still believe in destiny…

How is it that we strive to control our own destiny, yet still crave a happy ever after?

With all the allure and sharp dialogue you would expect from Talulah’s background as an actress and screenwriter, Act Of Love surprises with its sensitive portrayal of the vulnerability hiding behind even the most confident exterior.

It sweeps you up in the tension between Radley and Bernadatte, and reminds us that the most powerful relationships are not so much about two people finding each other as they are about that most human quest to find ourselves.

Best known for starring in films of St Trinian’s and Pride And Prejudice, actress Riley’s elegantly written debut novel proves she can add another successful string to her bow.

Protagonist Bernadette is a beautiful but aloof English magazine journalist who uses her feminine wiles to expose and exploit the powerful men she interviews.

Bernadette believes herself helplessly in love with Tim, her agent, and is distraught when he announces his engagement.

However, it’s not long before Bernadette meets her match in the eccentric, older, Silicon Valley billionaire Radley Blake who resists her attempts at control and subterfuge and seems to see through her carefully constructed exterior to understand what’s going on in her complicated mind.

Bernadette is not necessarily the most sympathetic character I’ve come across but she’s wonderfully drawn and more interesting than the usual chick lit stereotype.

Be the first to review “Acts of Love” Cancel reply