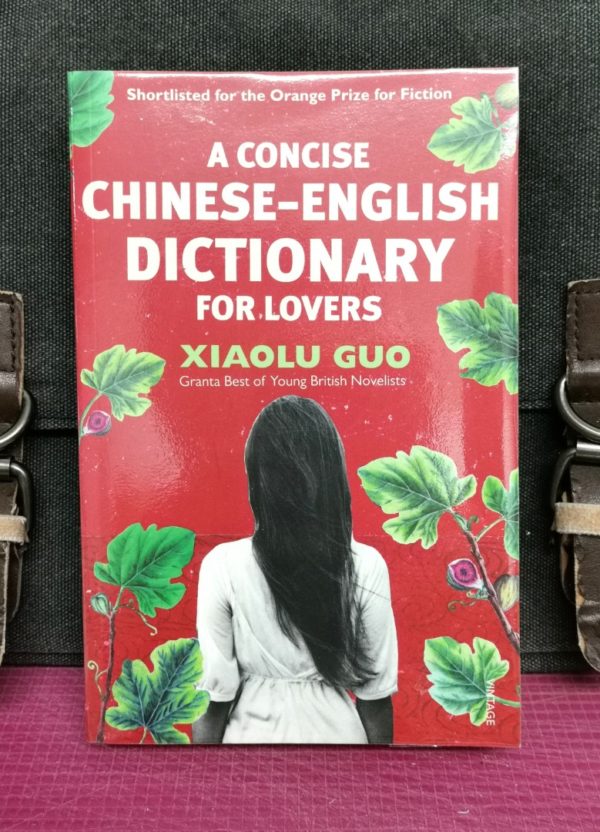 A Concise Chinese-English Dictionary for Lovers

A Novel Of Language & Love That Tells 1 Young Chinese Woman’s Story Of Her Journey To The West & Her Attempts To Understand Language, & The Man She Adores

★★ Shortlisted For The Orange Prize For Fiction ★★

A Concise Chinese-English Dictionary for Lovers heralds the American debut of a remarkably gifted young writer.

When a young Chinese woman, newly arrived in London, moves in with her English boyfriend, she decides it’s time to write a Chinese-English dictionary for lovers.

Xiaolu’s first novel in English is an utterly original journey of self-discovery.

From one of our most important contemporary Chinese authors:

A novel of language and love that tells one young Chinese woman’s story of her journey to the West—and her attempts to understand the language, and the man, she adores.

Zhuang—or “Z,” to tongue-tied foreigners—has come to London to study English, but finds herself adrift, trapped in a cycle of cultural gaffes and grammatical mishaps.

Then she meets an Englishman who changes everything, leading her into a world of self-discovery.

She soon realizes that, in the West, “love” does not always mean the same as in China, and that you can learn all the words in the English language and still not understand your lover.

And as the novel progresses with steadily improving grammar and vocabulary, Z’s evolving voice makes her quest for comprehension all the more poignant.

With sparkling wit, Xiaolu Guo has created an utterly original novel about identity and the cultural divide.
﹉﹉﹉﹉﹉﹉﹉﹉﹉﹉﹉﹉﹉﹉﹉﹉﹉
KIRKUS REVIEW :

A young Chinese woman travels to London on a student visa and falls in love with a much older English bachelor.

New in town and eager to learn English so she can better help her family run their shoe factory back in rural China, lonely 23-year-old Zhuang (“Z”) meets her unnamed 40-something lover at an artsy German film.

The attraction between them is immediate, but it is her literal interpretation of his “be my guest” invitation that has her moving into his Hackney flat within a week.

A sculptor specializing in pained-looking human forms, he is also a vegetarian who, prior to Z, led a mostly gay life.

His bisexuality seems to bother her less than the fact that he won’t eat pork, but he is initially delighted by her youth, naiveté and absolute dependence on him.

There is much that Z does not understand about western culture, and her ever-improving ESL narration of London living is both fascinating and amusing, such as when she reads a Pet House magazine to improve her language skills.

As the lovers settle into a domestic routine, their relationship deepens and she realizes that speaking his mother tongue won’t necessarily help her understand her broody Englishman.

The existential angst that seems “noble” to her comes across as self-indulgent to the reader.

For his part, he grows tired of Z’s neediness and encourages her to backpack around Europe, where she meets a series of men, but never stops thinking of him.

Back in their shared flat, in between bouts of lovemaking, Z struggles to balance her practical life plans with her romantic ideals, and by the bittersweet conclusion it is clear that she has grown in ways that neither she nor her lover could have ever imagined.

A young woman from rural China learns how to comprehend love and heartbreak in English in this quirky, touching novel.

Zhuang, or Z to tongue-tied foreigners, arrives in London at age 23 after being dispatched by her parents to get an education.

Her immersion and painful education are laid bare to readers, who witness Z’s vocabulary, grammar and understanding blossom throughout her diarylike account, sped along by an intense romance with a man met at the cinema.

Her consuming love begins promisingly, but her failure to interpret her lover’s lifestyle as a hippie drifter (who’s 20 years her senior) alerts readers to potential trouble in paradise, even while such a notion remains beyond Z’s not-yet-jaded imagination.

The novel overflows with gentle jokes about culture shock and language barriers including Z’s inability to understand why Brits bother talking about the weather when it’s obvious—but there are deeper observations beneath the humor.

Z’s comically earnest exploration of a sex shop illuminates the pathos of Western seediness, and her encounters with men reveal both the exploitative and meaningful sides of romance. Z’s unique, evolving voice fits perfectly for a heroine whose naïveté is matched by a willingness to relay the truth.

She is also a successful director of feature films, including She, a Chinese and UFO in Her Eyes, and documentaries; her work has premiered at the Venice Film Festival, the Toronto Film Festival, and other venues all over the world. She was named as one of Granta’s Best Young British Novelists in 2013.