Shop - 20 Fragments Of A Ravenous Youth 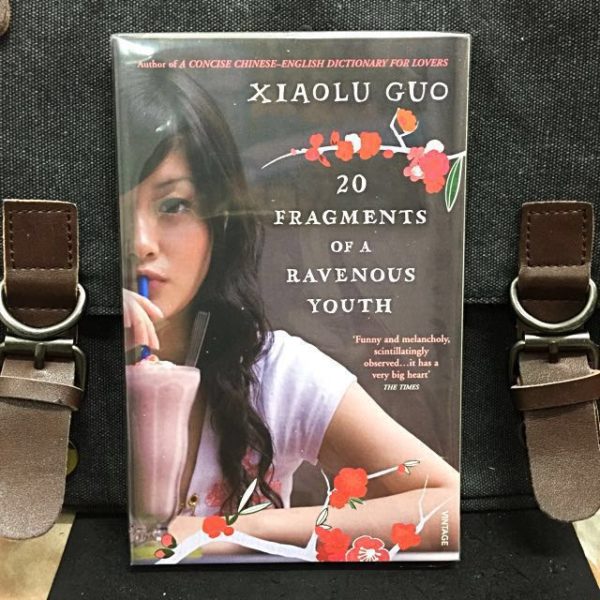 20 Fragments Of A Ravenous Youth

Creating We And Change I-Thinking To We-Thinking : Build A Healthy, Thriving Organization

This international bestseller in paperback edition is a bran-new book and the original new book is sold at usual price RM45.43. Now here Only at RM13.

From the author of the 2007 Orange Prize finalist A Concise Chinese-English Dictionary for Lovers comes a wholly original and thoroughly captivating coming-of-age story that follows a bright, impassioned young woman as she rushes headlong into the maelstrom of a rapidly changing Beijing to chase her dreams.

A brave young woman negotiates Beijing life in search of love and friendship in the daring new novel by Xiaolu Guo, Orange Prize shortlisted author and ‘one of China’s most successful literary exports’ (Guardian)

Life as a film extra in Beijing might seem hard, but Fenfang won’t be defeated.

She has travelled 1800 miles to seek her fortune in the city, and has no desire to return to the never-ending sweet potato fields back home.

Determined to live a modern life, Fenfang works as a cleaner in the Young Pioneer’s movie theatre, falls in love with unsuitable men and keeps her kitchen cupboard stocked with UFO instant noodles.

As Fenfang might say, Heavenly Bastard in the Sky, isn’t it about time I got my lucky break?

Twenty-one year old Fenfang Wang has traveled one thousand eight hundred miles to seek her fortune in contemporary urban Beijing, and has no desire to return to the drudgery of the sweet potato fields back home.

However, Fenfang is ill-prepared for what greets her: a Communist regime that has outworn its welcome, a city under rampant destruction and slap-dash development, and a sexist attitude seemingly more in keeping with her peasant upbringing than the country’s progressive capital. Yet Fenfang is determined to live a modern life.

With courage and purpose, she forges ahead, and soon lands a job as a film extra. While playing roles like woman-walking-over-the bridge and waitress-wiping-a-table help her eke out a meager living, Fenfang comes under the spell of two unsuitable young men, keeps her cupboard stocked with UFO noodles, and after mastering the fever and tumult of the city, ultimately finds her true independence in the one place she never expected.

At once wry and moving, Twenty Fragments of a Ravenous Youth gives us a clear-eyed glimpse into the precarious and fragile state of China’s new identity and asserts Xiaolu Guo as her generation’s voice of modern China.

Guo’s début novel, first published eleven years ago in China and now reworked in English, distills the rush to modernization through the experience of Fenfang, a young peasant who leaves her village for Beijing. Part of the post-Cultural Revolution generation, Fenfang is untethered from history and profoundly alone, and Guo imbues her flailing efforts to establish herself with a raw, adolescent pain. Pirated books and DVDs provide an education, as Fenfang takes cues from “Betty Blue,” “Chungking Express,” Marguerite Duras, and Tennessee Williams, progressing from work as an extra in state film productions to a screenwriting career. Guo is a filmmaker herself, and, if her recurrent homages occasionally cloy, Fenfang’s rage to express herself carries an unmistakable autobiographical intensity. The book establishes a theme of spiritual estrangement and homesickness that has persisted in Guo’s subsequent output.

About the Author
Xiaolu Guo was born in south China. She studied film at the Beijing Film Academy and published six books in China before she moved to London in 2002. Her books include Village of Stone which was shortlisted for the Independent Foreign Fiction Prize, A Concise Chinese-English Dictionary for Lovers which was shortlisted for the Orange Prize for Fiction, 20 Fragments of a Ravenous Youth which was longlisted for the Man Asian Literary Prize, and I Am China which was longlisted for the Baileys Women’s Prize for Fiction. In 2013 she was named as one of Granta’s Best of Young British Novelists. Xiaolu has also directed several award-winning films including She, A Chinese and a documentary about London, Late at Night. She lives in London and Berlin.